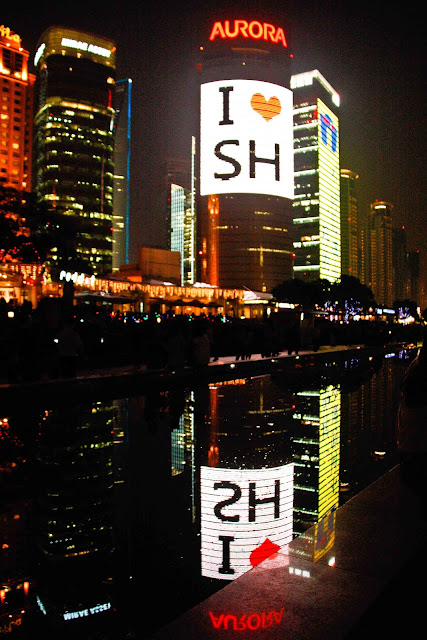 Imagine, if you will, returning to a giga-mega-cosmopolis the size of Shanghai after six long months on the road - six months of questionably attractive rural backwaters, dead volcanoes and odd foods. Six long months of eating in truck stops and sleeping in rubbish dumps and suddenly - bang - you're back in the cradle of civilization.

The question I thought would be on everyone's lips was 'What's the rest of China like?'

But with the confidence peculiar to the Shanghainese, who already know with total certainty they're living in the best place in China, if not the world, all my Shanghai friends assumed I was simply massively relieved to be back from the sticks and instead asked:

'What's the first thing you want to eat now you're back in Shanghai?'

And I honestly, truly, didn't know the answer.
For six months I had eaten so much Chinese food, much of it good, some it alarming, but almost all of it  from restauarants that would make a Health Inspector delirious in anticipation of the food safety violations he was about to impose. Just imagine his list:

No I never, ever got sick, not even once, and not even a little bit, despite thinking at almost every meal that this would be the time my luck ran out.

In fact I think my immune system is even more robust now than it was after working in a kids hospital through the flu-epidemic winter of 2008. Try staying well after a kid with a temperature of 40.8 sneezes into your open mouth while you're yawning from exhaustion.

And yes, despite that hideous image I've now put into your head the food almost always tasted good.

But actually, what I wanted more than anything when I got back to Shanghai was to eat somewhere....clean. I wasn't too fussy about the type of cuisine, or its authenticity, or even its price.

I just wanted a place where my bowl didn't come from a bucket on the floor, dripping with cold water and the faint traces of the last meal it contained.

A place where the cook didn't smoke while preparing my meal.

A place where the kitchen walls and ceiling weren't covered in a textured black fuzz formed by layers of cooking oil vapour and dust. 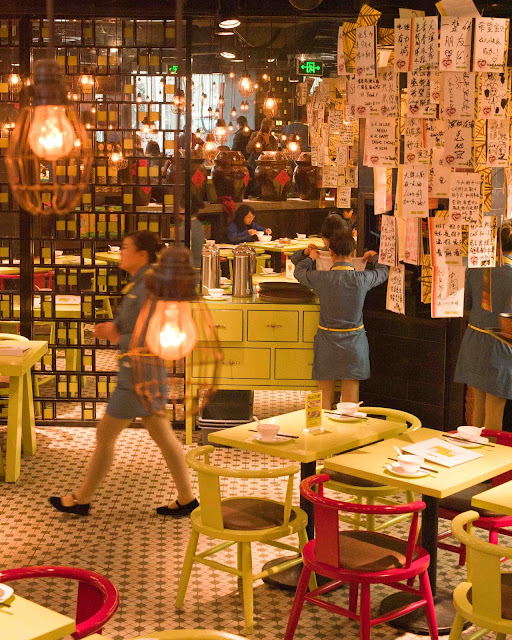 Shanghai's restaurant scene changes faster than any one person can possibly keep up and new places open and close like the shutters on a bingo barrel. I used to try and keep abreast, really I did, but it just became too exhausting from outer Gansu.

But after returning to Shanghai I found a four month old review of Nanjing eatery Da Pai Xiao Chu in a magazine and decided to take the whole family there for lunch on Sunday.

In a single stroke I forgot about all the other fleapit kitchens I'd eaten in around China and decided Shanghai was, actually after all, the best place to experience China's regional cuisines in an environment that was unlikely to kill you.

大牌小厨 or Big Name Little Kitchen, specializes in food from Nanjing, northwest of Shanghai. It's uncomplicated food, salty and occasionally a little sweet, with a harmonious blend of textures and flavours. 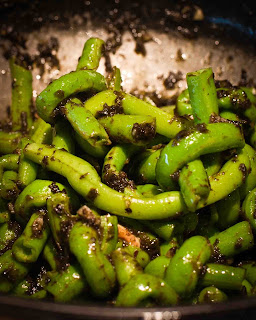 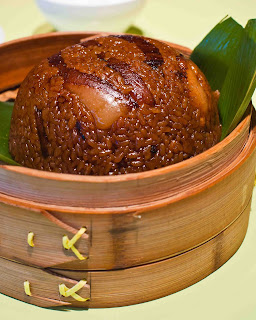 L：Knotted snake beans served with preserved vegetable 翡翠干干结 Crunchy, salty, and spanking fresh, from now on I would like all my snake beans hand-knotted before cooking please.
R: Steamed pork with glutinous rice 江米扣肉 The size of a small bowler hat and served on a bamboo leaf, the sticky and chewy rice hides slices of perfectly rendered fat pork that simply melts into the rice on contact. 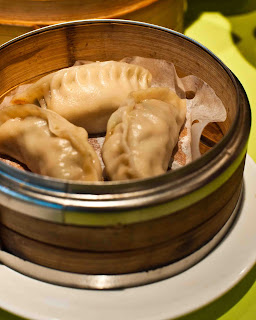 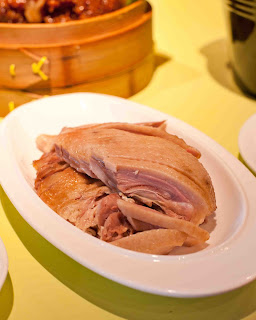 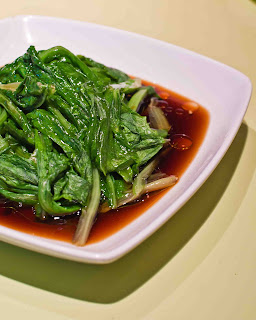 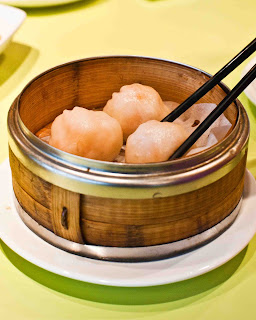 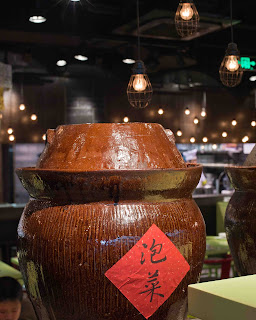 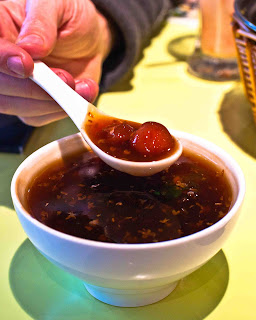 The most striking thing about the restaurant, other than the great food pouring out of the open and spotlessly clean kitchen is the decor - slick, modern and welcoming with rows of stonewear pickle jars alongside fresh green tables and chairs with touches of red, and semi-industrial light fittings. The walls are lined with colourful cans, bottles and jars of local Nanjing foods and the arrangements of 'big cards' hanging from the ceiling are another play on the meaning of the restaurant's name - da pai can also be a trump card or honour card in card games.

It's a restaurant someone has actually put a lot of thought into, and I for one really appreciated every bit of it.

It's certainly nice to be back in the big city.

(And if you know of a great new Shanghai eatery you've discovered in the last six months, be sure to let me know in the comments!)