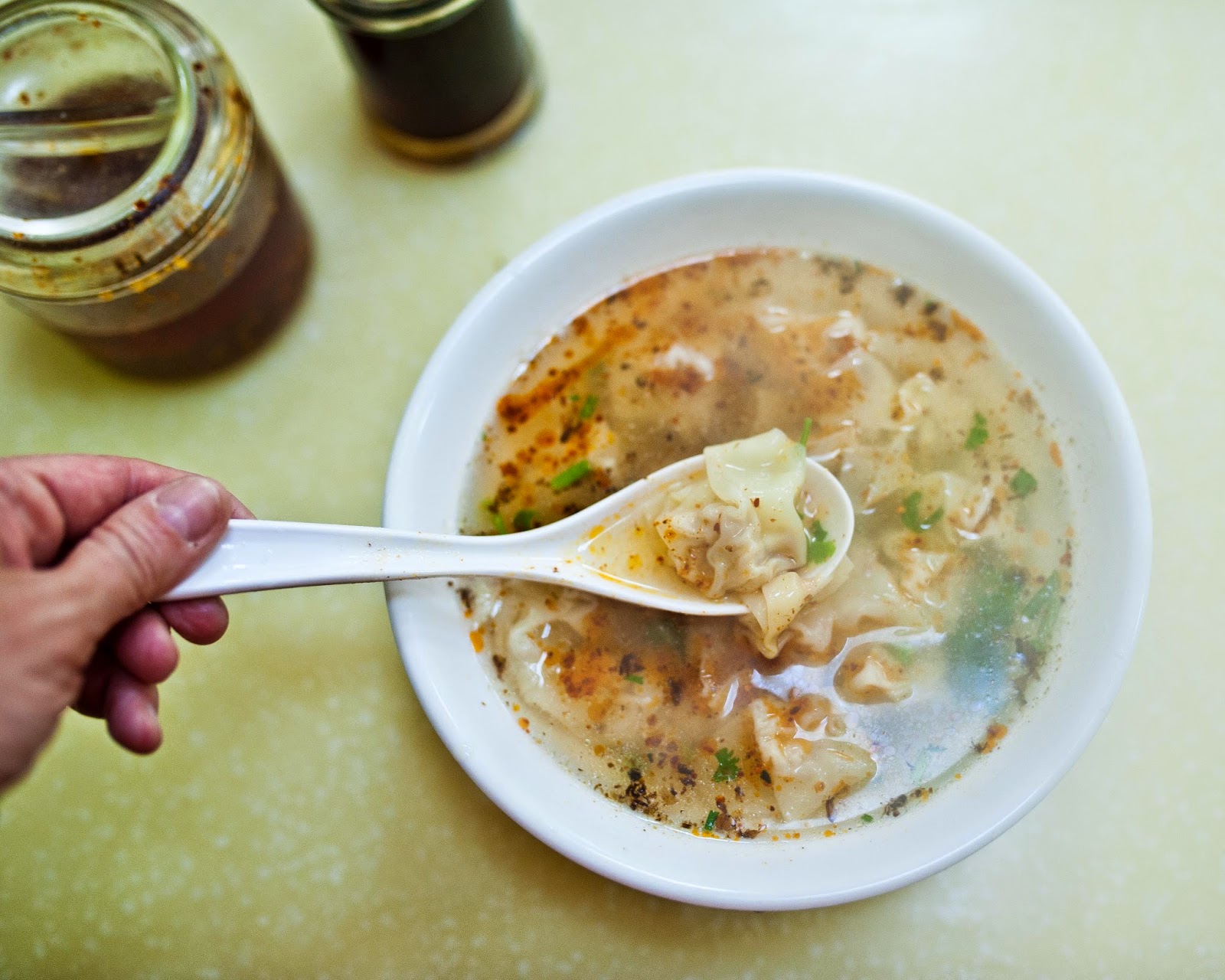 "Eat breakfast like a king, lunch like a prince, and dinner like a pauper." So goes advice for a long life from American writer and nutritionist Adelle Davis (1904-1974).

It's a guilty pleasure of mine, to dine out often for breakfast, and I always think of Adelle's quote as I do so, tucking into a steamer basket full of dumplings, or scrambled eggs and hot tea. If it's a cold day or I'm very hungry, I usually have a bowl of comforting wonton soup at the breakfast shop Fujian Dumpling Soup King on Xiangyang Lu. I like Dumpling Soup King because it has proper tables and chairs and sometimes I just want to sit for breakfast, rather than standing and walking with my food. Can you imagine trying to eat a bowl of wonton soup while walking? Messy.

The other nice thing about Dumpling Soup King is they don't mind if you bring food from any of the other breakfast shops alongside. Many customers like to eat something with crunch (like youtiao fried dough sticks, or crispy rice squares, or crisp-bottomed shengjianbao dumplings) with their soft, slippery soup.
These wontons are mere slips of things, ephemeral little sheets of wheat dough with a tiny heart of savoury meat - usually pork, sometimes with shrimp added. A handful go into the pot of boiling water to cook, then added to a ladleful of pure, sweet, clear broth. On top of the broth go crispy browned scallion shreds and a little coriander, and you can add vinegar or lajiao chili paste to taste.

In between customers, the boys in the kitchen throw together another dozen or so wontons (known in Chinese as either huntun or hundun depending on what part of the country you're in). A little pork, a shrimp, a twist, and you're done. Bigger, more substantial dumplings are filled with pork meat or sometimes beef. 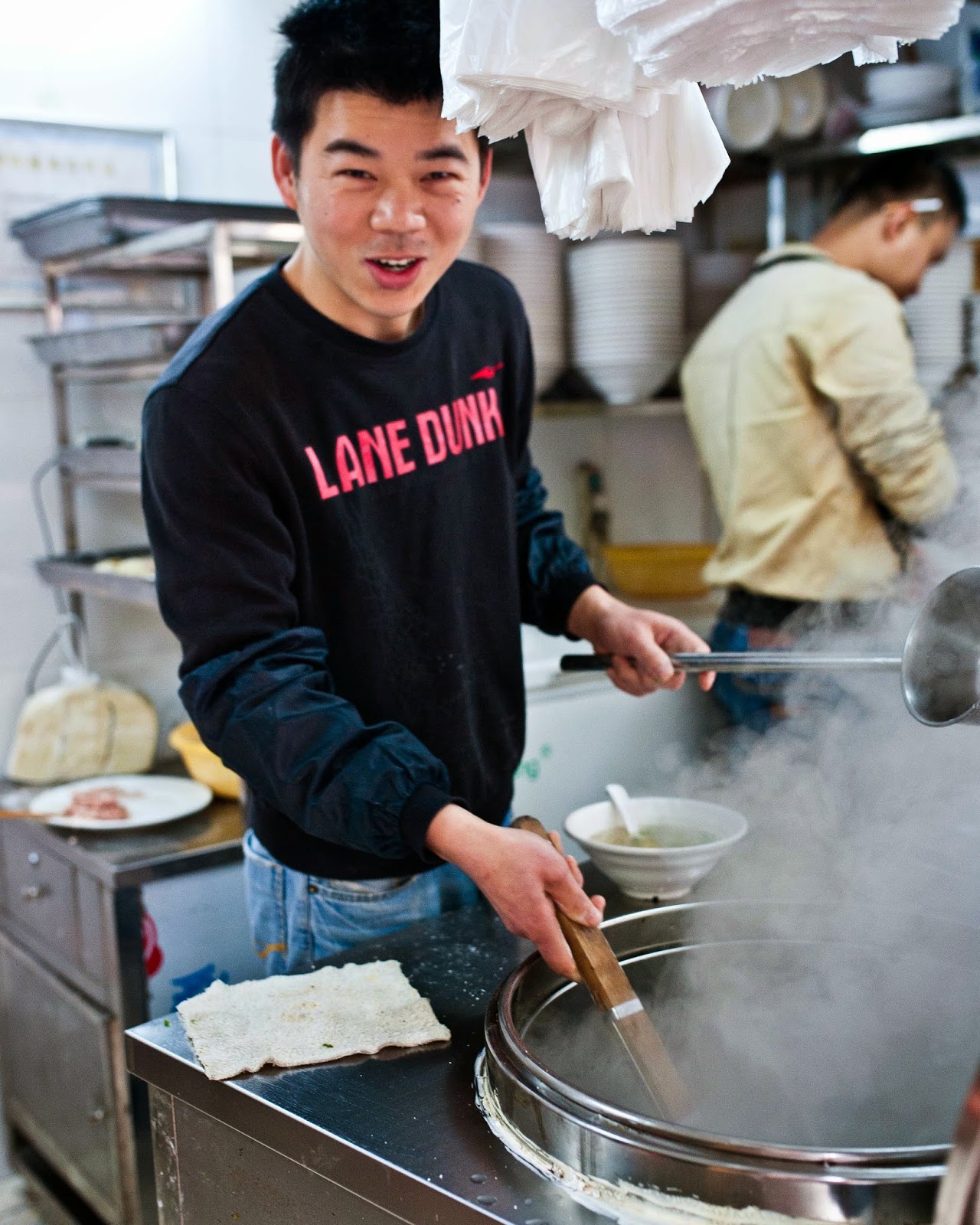 Price: 9-12 yuan per bowl, depending on which huntun you choose.