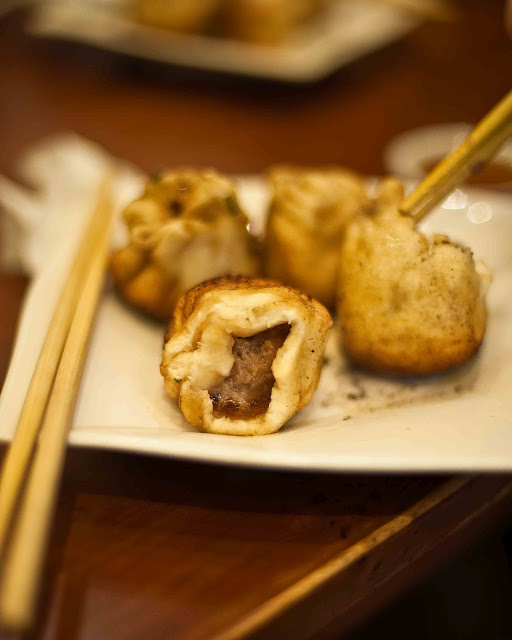 No list of Shanghai Street Foods could be complete without the inclusion of one of the most popular and classic street foods of all - shēngjiānbāo  生煎包 These pan-fried dumplings top the list of street foods for the man in the street and high-end chefs alike - they're super tasty, a bit oily, and have a crunchy crisp-fried bottom and a soft and pillowy steamed top.

Shengjianbao are literally dumplings (bāo 包) born (shēng 生) of being shallow-fried (jiān 煎). Born of the oil, so to speak. They share a lot in common with xiaolongbao soup dumplings, being also filled with savory pork and a big slurp of delicious piping hot broth, but are bigger, breadier and less refined, and rather than being steamed are cooked in a very different way. 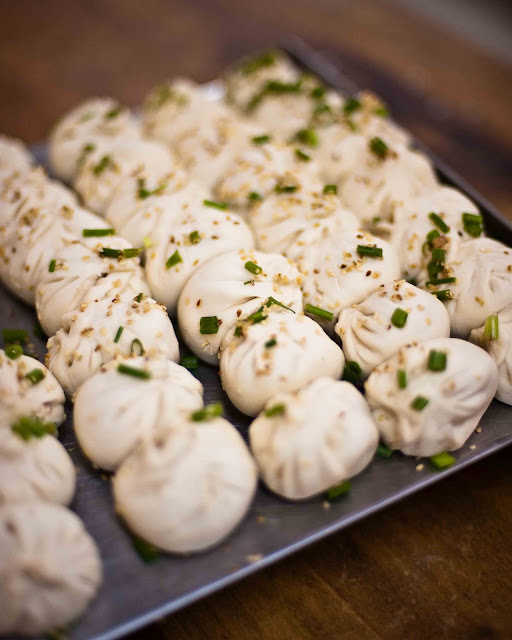 The dumplings are made with a dough that has a little yeast, so the skins are thicker and softer. Inside, the usual filling of pork and soup gelatin (recipes for the pork filling can be found here, and for the soup gelatin here) is tucked in tightly with the topknot of the dumpling underneath. Then the dumplings are sprinkled with chopped scallions and either white or black sesame seeds and left to prove for a short time. 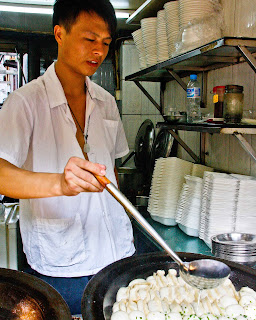 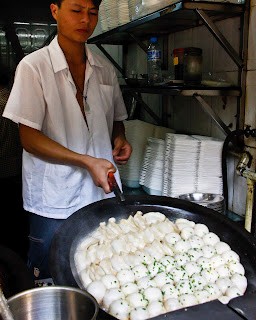 Streetside, the dumplings are closely packed onto a large, shallow griddle, often side by side with potsticker dumplings guotie because they're cooked the same way. The griddle has a thin layer of oil in the bottom with more oil poured over the top, and as the dumplings cook the vendor grasps the edge of the skillet with a sturdy pair of pliers and gives it a spin to stop them from sticking.

Five or six minutes later he will pour in a bowl of water and quickly place a heavy wooden lid on the griddle to steam the soft tops of the dumplings. Then they're ready to eat!

Usually sold in a tray of four (4 yuan, 65 cents), the best accompaniment is black vinegar to cut through the oil.

Most shengjianbao street stalls also have seating, because the traditional way to eat them is accompanied by a bowl of beef brisket soup. Shanghai has several very famous shengjianbao restaurants, the most well known of which is Yang's Fry Dumplings (multiple locations, including directly across Huanghe Lu from Jia Jia Tang Bao, a xiaolongbao institution - you can pay homage to both in one go).

I'm going to go out on a limb here and risk being shot down by every dumpling lover who ever visited Shanghai and say I don't like Yang's dumplings. They're too oily, with meagre filling, and I get the feeling they trade way too much on their fame and spend too little time making sure the food is good.

My favourite shengjianbao restaurant is also Shanghai's oldest - Da Hu Chun. The menu runs to exactly three items - shengjianbao (5.5 yuan for four), curried beef brisket soup (6 yuan/bowl) and vermicelli noodle soup (7 yuan/bowl). The shengjianbao are fried to a very thorough crisp on the base, the top is soft and flavoursome and the filling is hands down the best in Shanghai - smooth and just a little sweet, it goes perfectly with the salty beef soup. A must-visit. 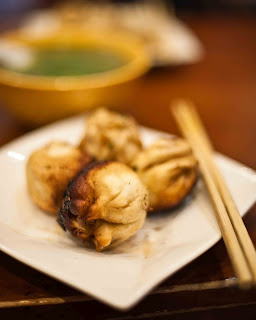 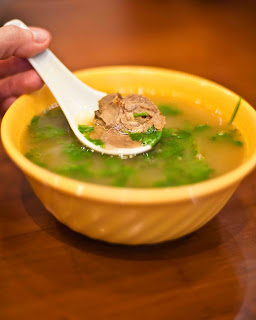 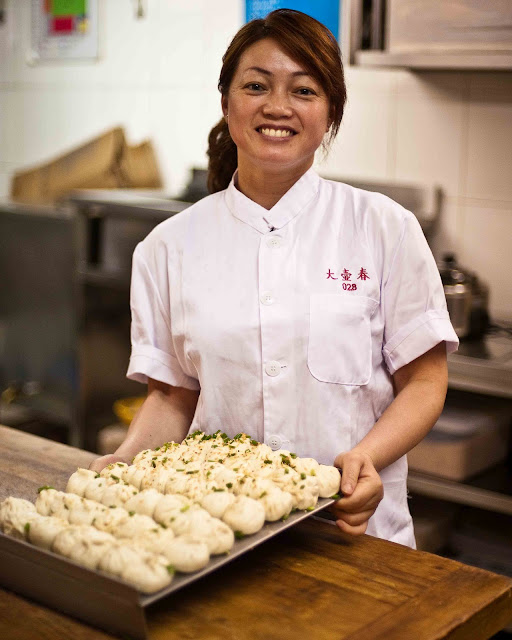