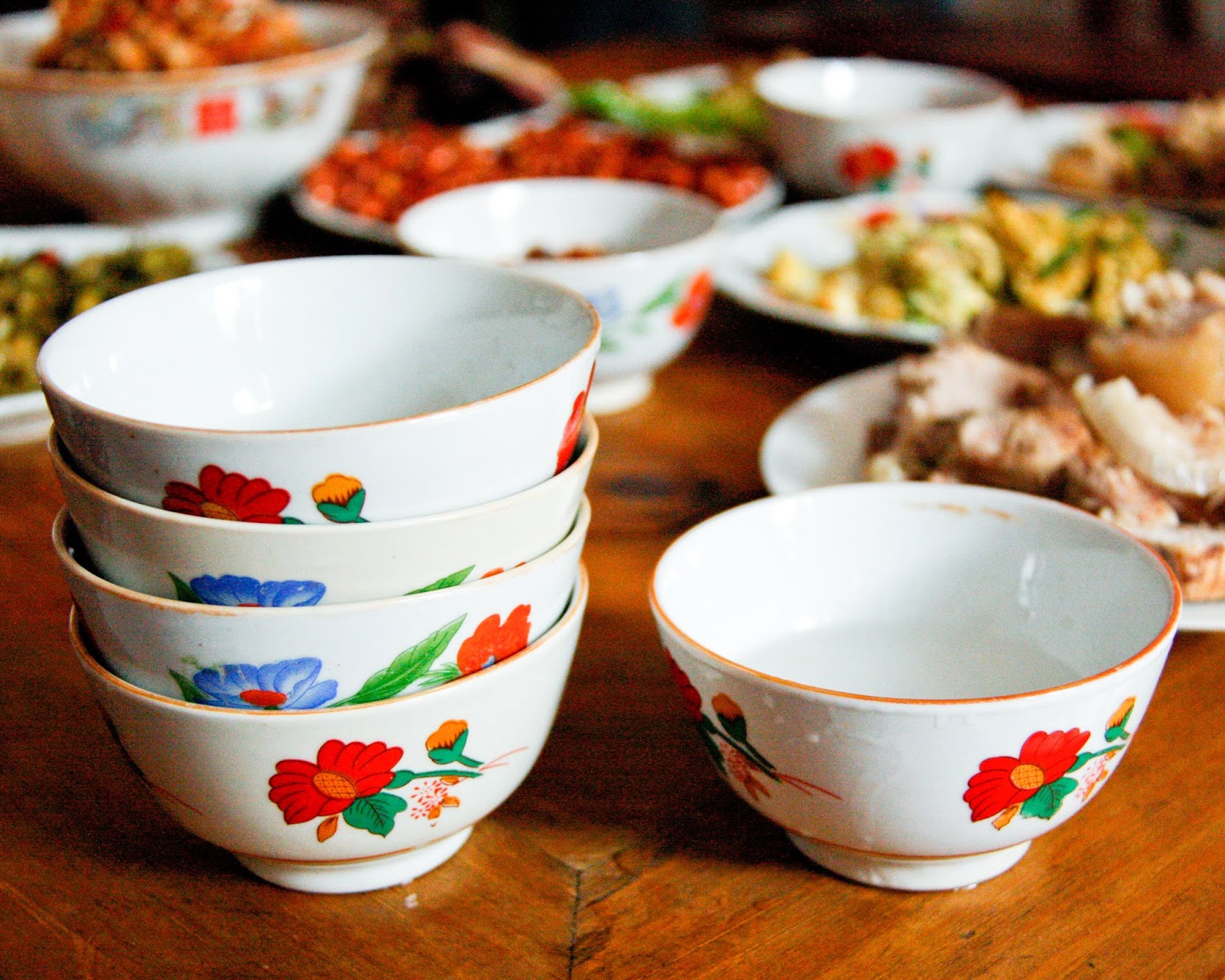 Happy New Year to everyone! I'm feeling certain 2014 is going to be an exciting and adventurous year, and I hope it will be for you as well.

Never one to back away from a challenge, my ever-patient husband and children and I will spend much of this year restoring a decrepit, beautiful heritage house built in 1891 which will become our new home. I'm just jumping to get started, but there will be plenty of travel too - I leave for China next week to travel to Beijing, Guizhou, Yunnan and Shanghai, and April will see me attending the Miao Sister's Meal Festival in Guizhou for the second time. A greatly anticipated trip to Sweden, Scotland and France is planned for mid-summer.

And of course, The Book. The book of our travels in China I've been writing for a year now, a struggle and a joy in equal measure but still a fledgling, will, I hope, find wings and take flight this coming year.

I'd love to know of your plans this year for food, travel and creative projects too - please fill me in! 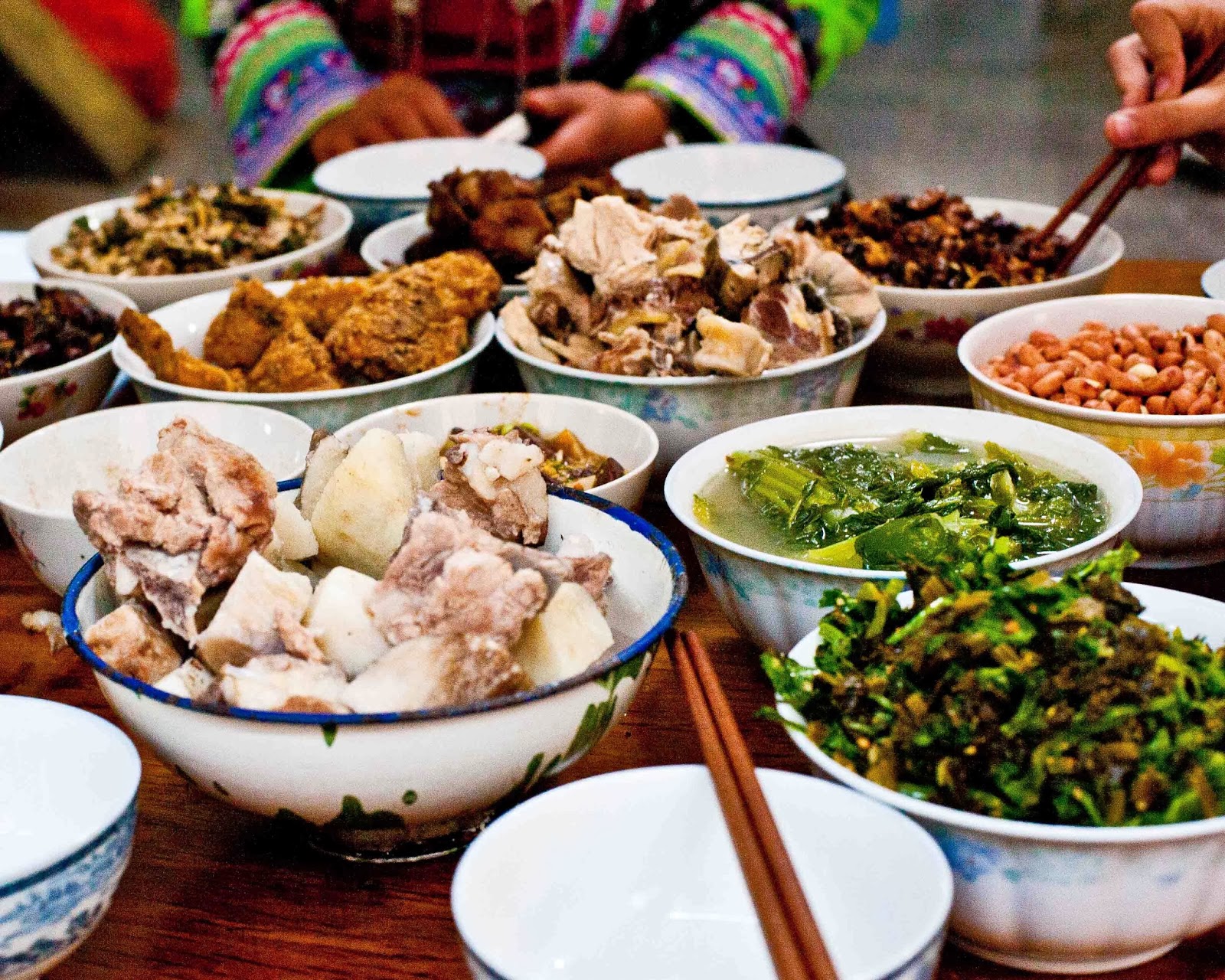 I want to start the year with a post I've been planning to write for a long time. It's all about Chinese home style cooking, known as jiachang cai 家常菜, a style of simple and unpretentious food made at home for those close to the cook - loved ones, friends, and guests.

Jiachang cai is bangers and mash, it's southern fried chicken, it's coq au vin, it's black pudding and tatties. It's a sticky plate of pulled pork or a fragrant bowl of herby chicken soup. It's cheesecake and apple cake and red velvet cake, and all the kinds of cake that make you think of home.

It's soul food, straight from the heart.

If you were to ask someone for their definition of jiachang cai it would probably vary enormously according to their culinary postcode and family history, but a few things are essential: the food must be simply prepared, simply presented, without fancy or hard-to-find ingredients.

It has much in common with it's country cousin, nongjia cai 农家菜 or peasant food, which is also simply prepared and presented, but is typically eaten on location at the farm where the food is grown, prepared and butchered by the farmer herself, right beside the table. I'll write a more detailed post on nongjia cai in coming months.

Jiachang cai, on the other hand, can be eaten in in a simple restaurant or in someone's home, and the ingredients bought rather than grown.

Every Chinese cook has their own version of this dish - in Guizhou the dried chillies are kept hanging over the cooking fire so they impart a rich smokiness to the dish, and in the east a little sugar sometimes makes its way into the dish to counteract the sourness of the vinegar. In Sichuan chili becomes the dominant flavour, and in parts of Yunnan the dish has metamorphosed into a fried cake made of potato shreds studded with flecks of chill - as though the cook just dashed out of the kitchen for five minutes while cooking and came back to find the entire thing melted together into a wonderful crisp-bottomed potato cake.

Here's a taste of jia chang cai from all points of the compass in China - taste the diversity for yourself. 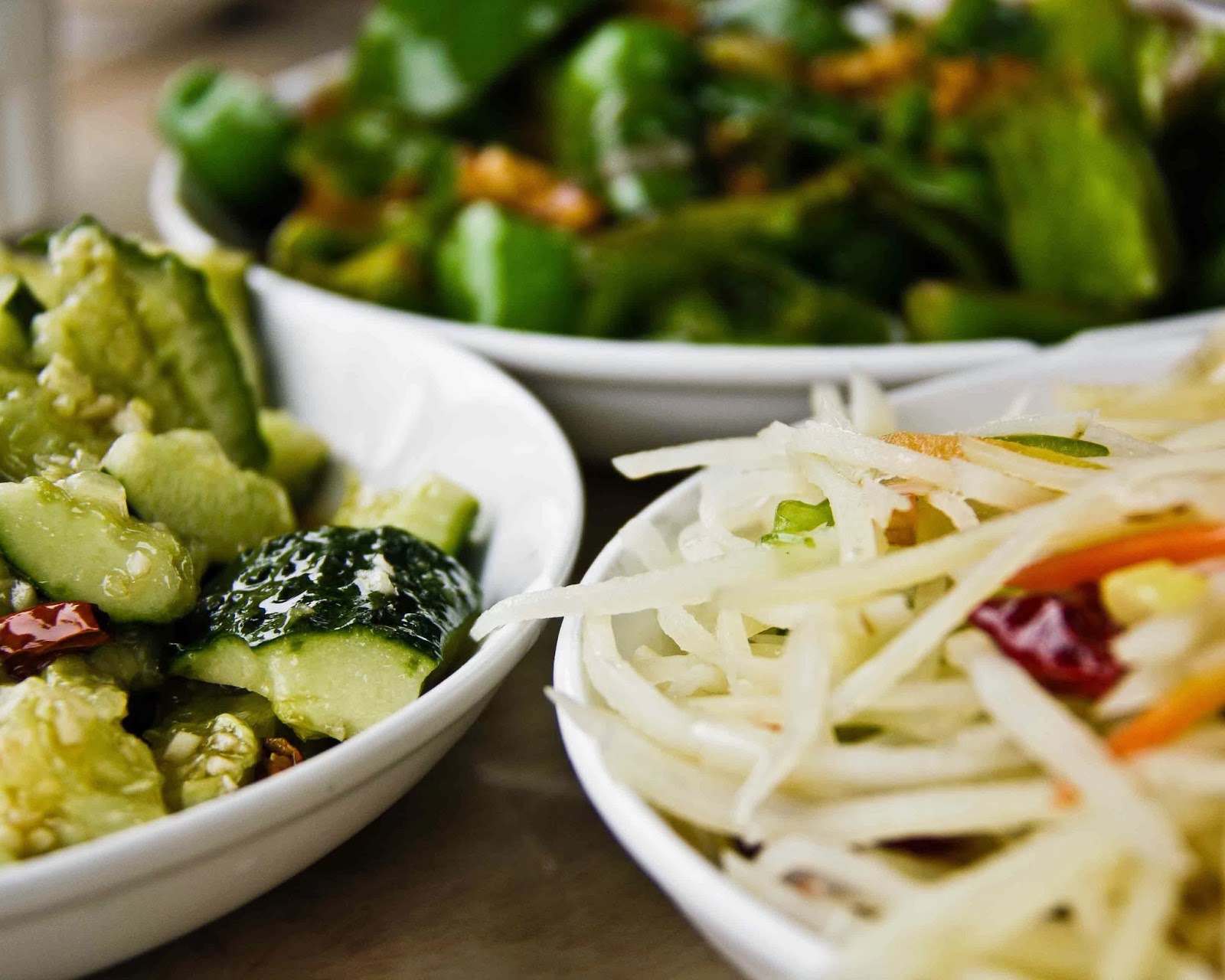 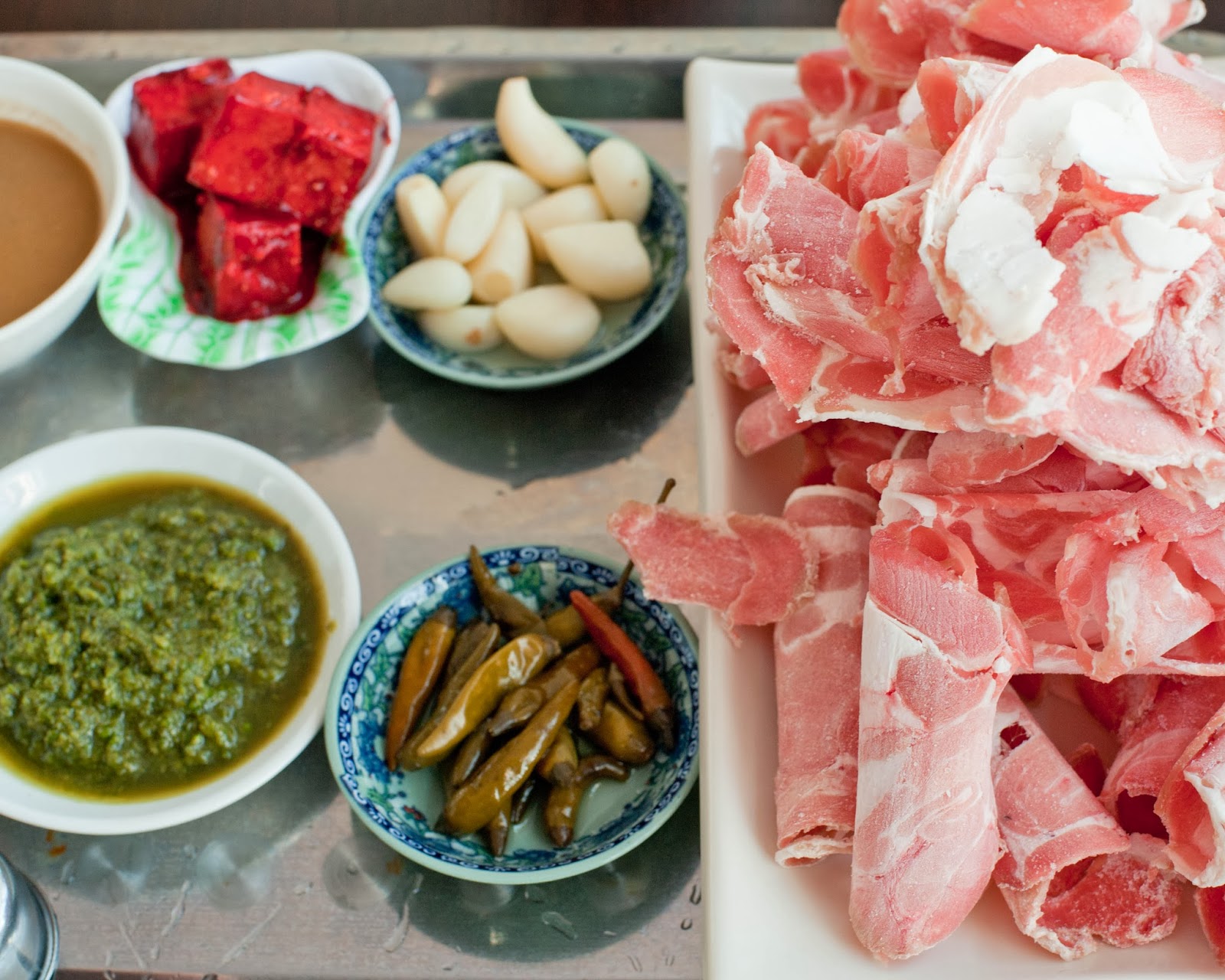 In Inner Mongolia the bitter cold means hotpot is a popular homestyle dish, served with (clockwise from top) 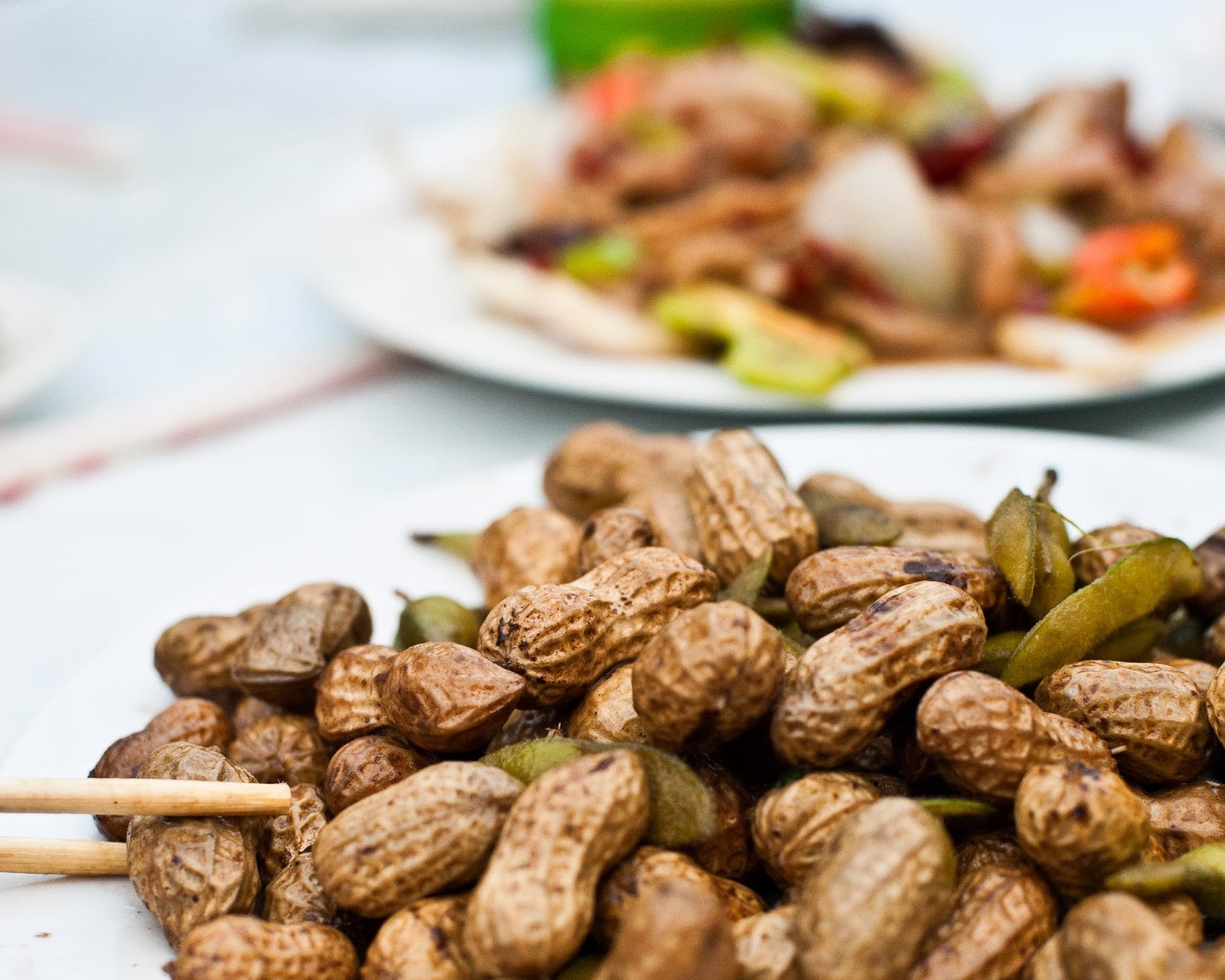 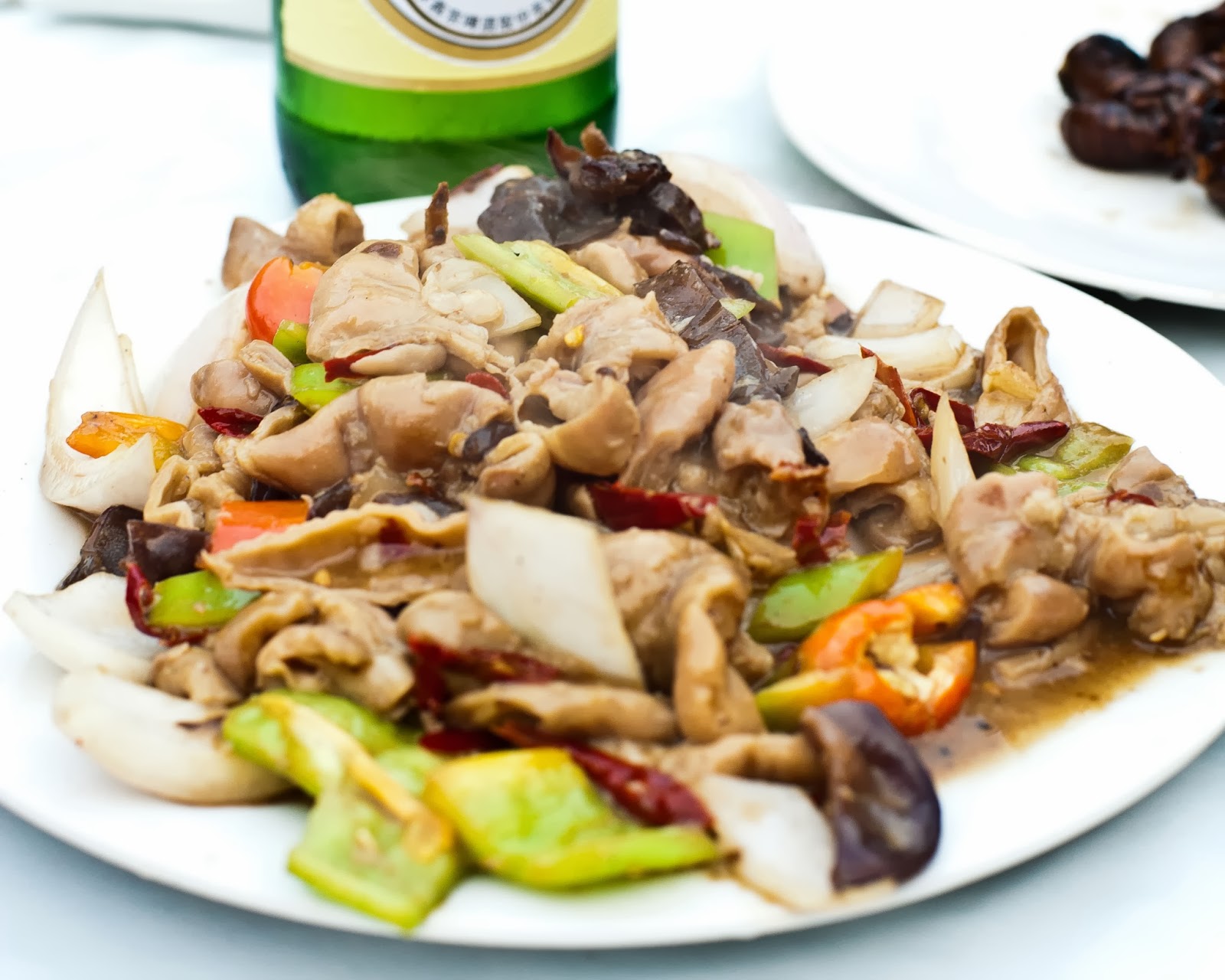 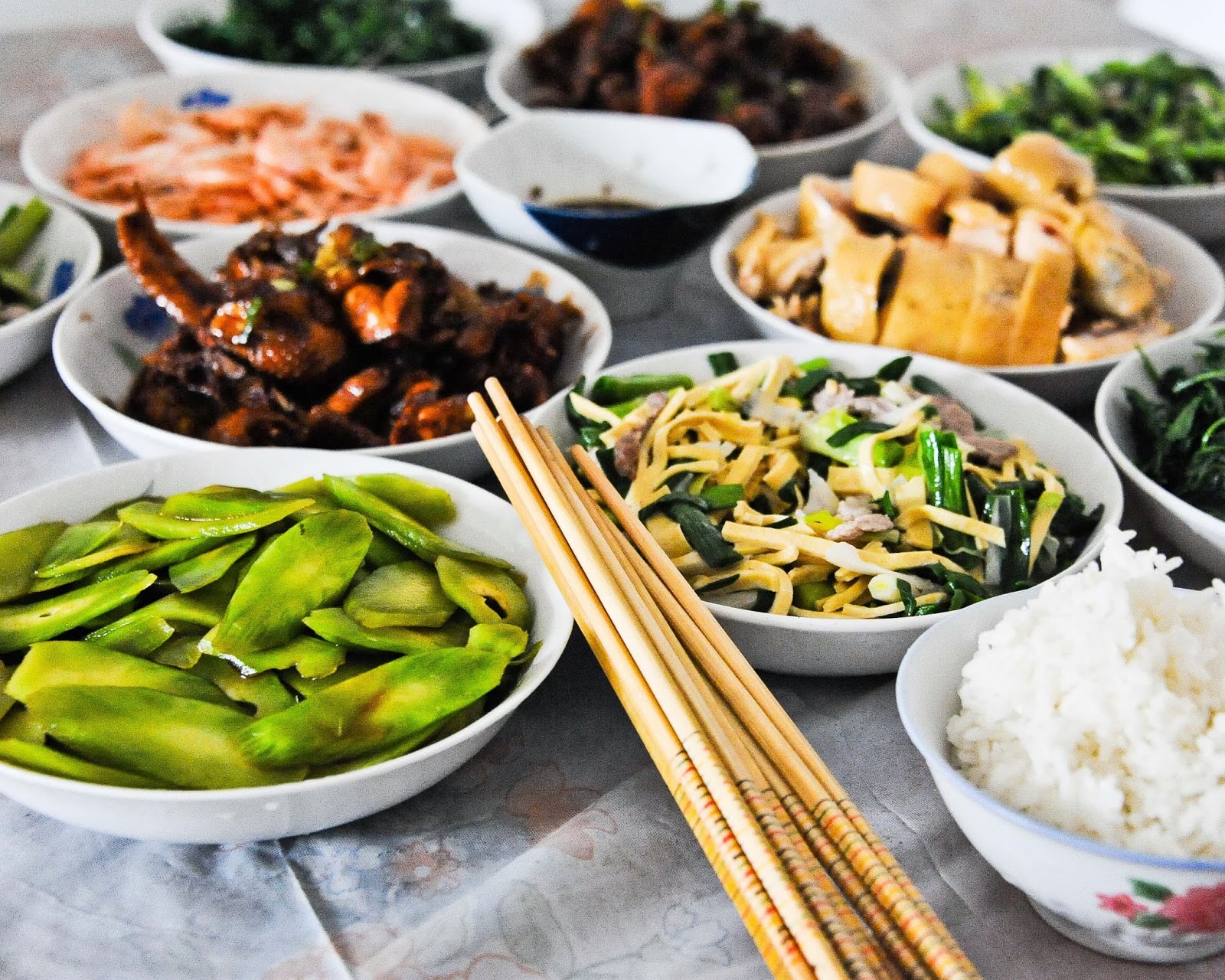 From Shanghai and Zhejiang province homestyle dishes are cooked with a light touch: 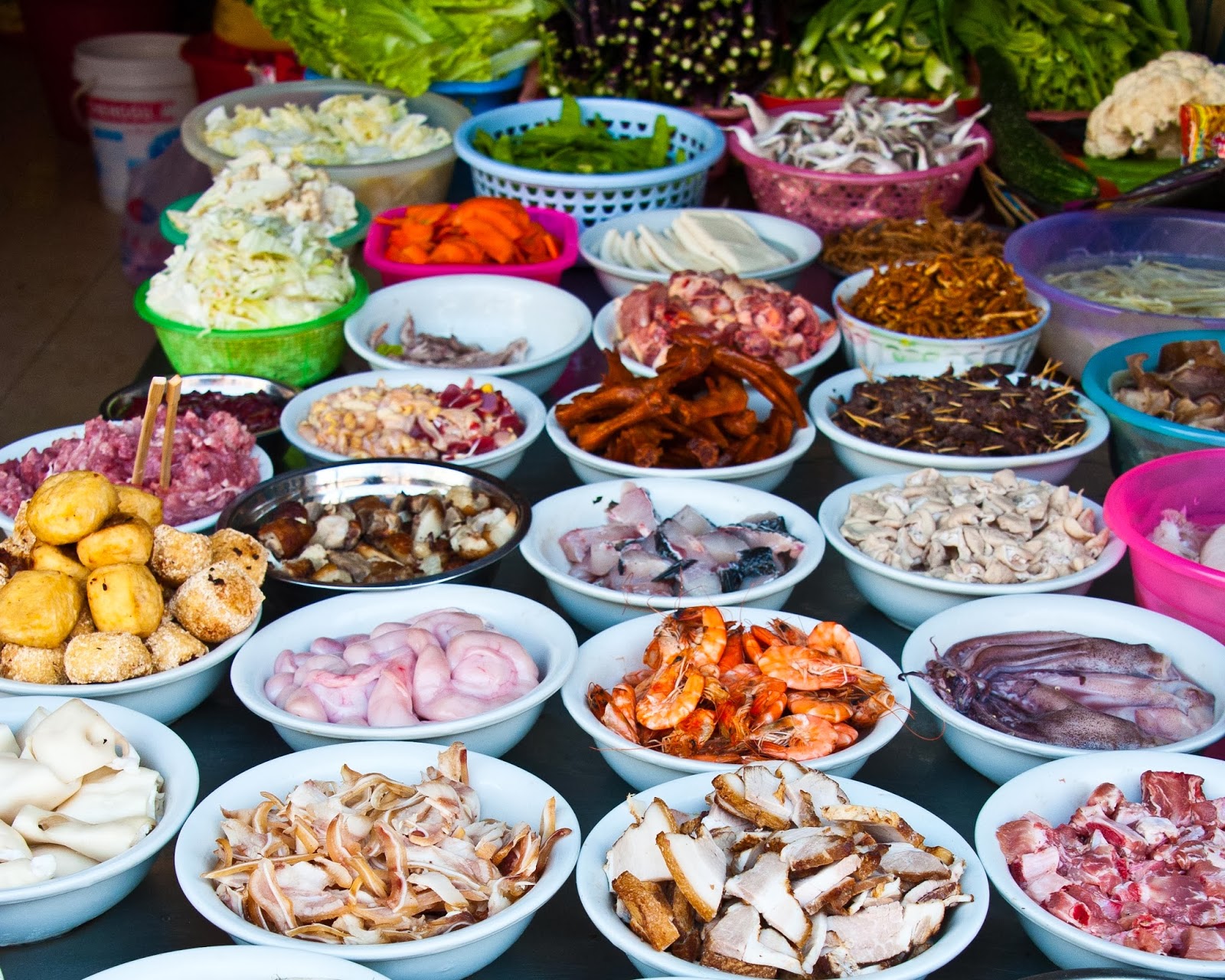 Many jia chang restaurants, like this one in southern Hunan, have no written menu but allow you to choose from what is fresh that day and have it cooked to order (any way you like, as long as it's with a handful of sharp, searing fresh red chili) : 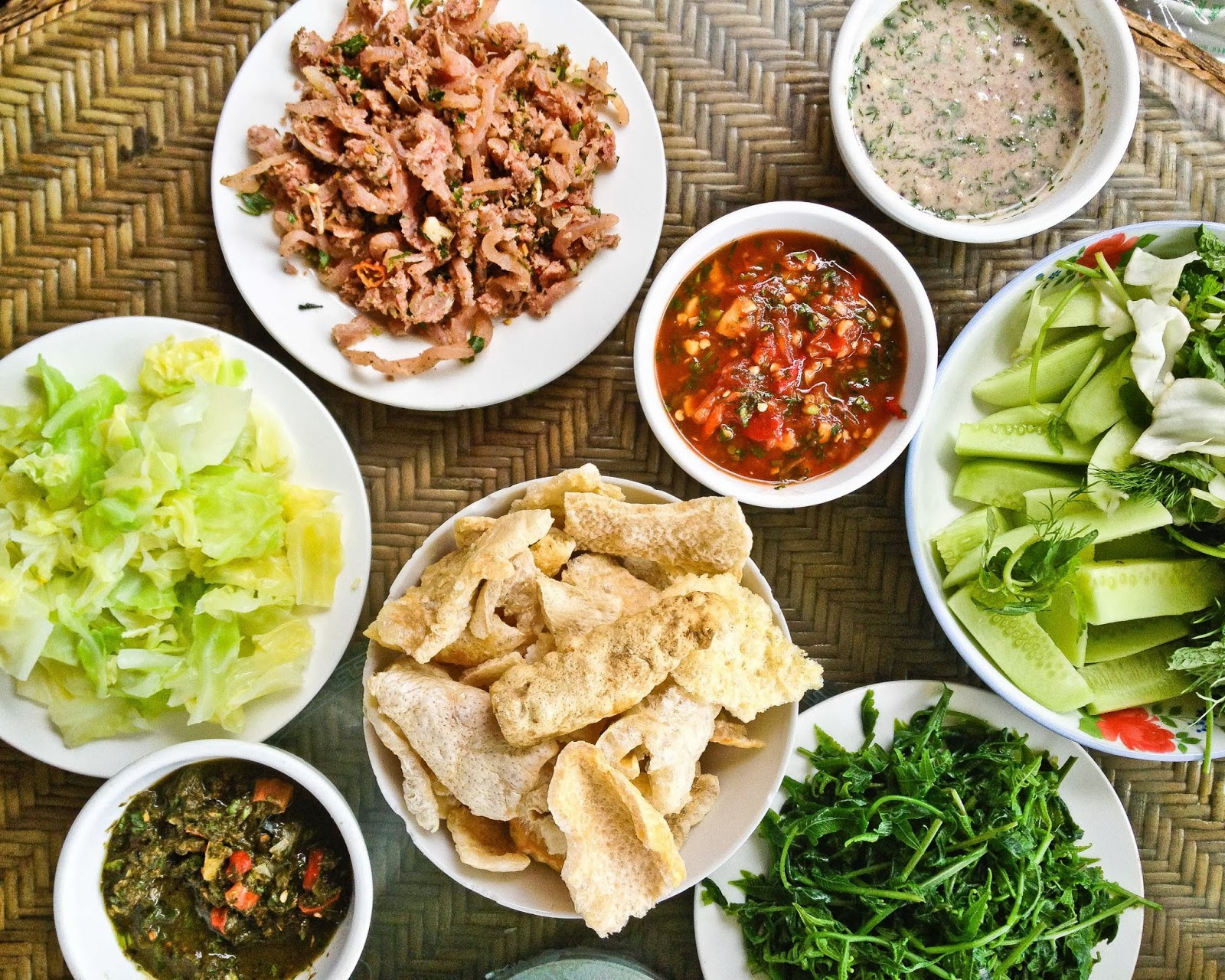 In the far south of Yunnan the dishes begin to look very different - inspired by local Dai culture and the hot, tropical climate. Sichuan food has a deserved reputation for heat, but homestyle Sichuan food is often a different story: 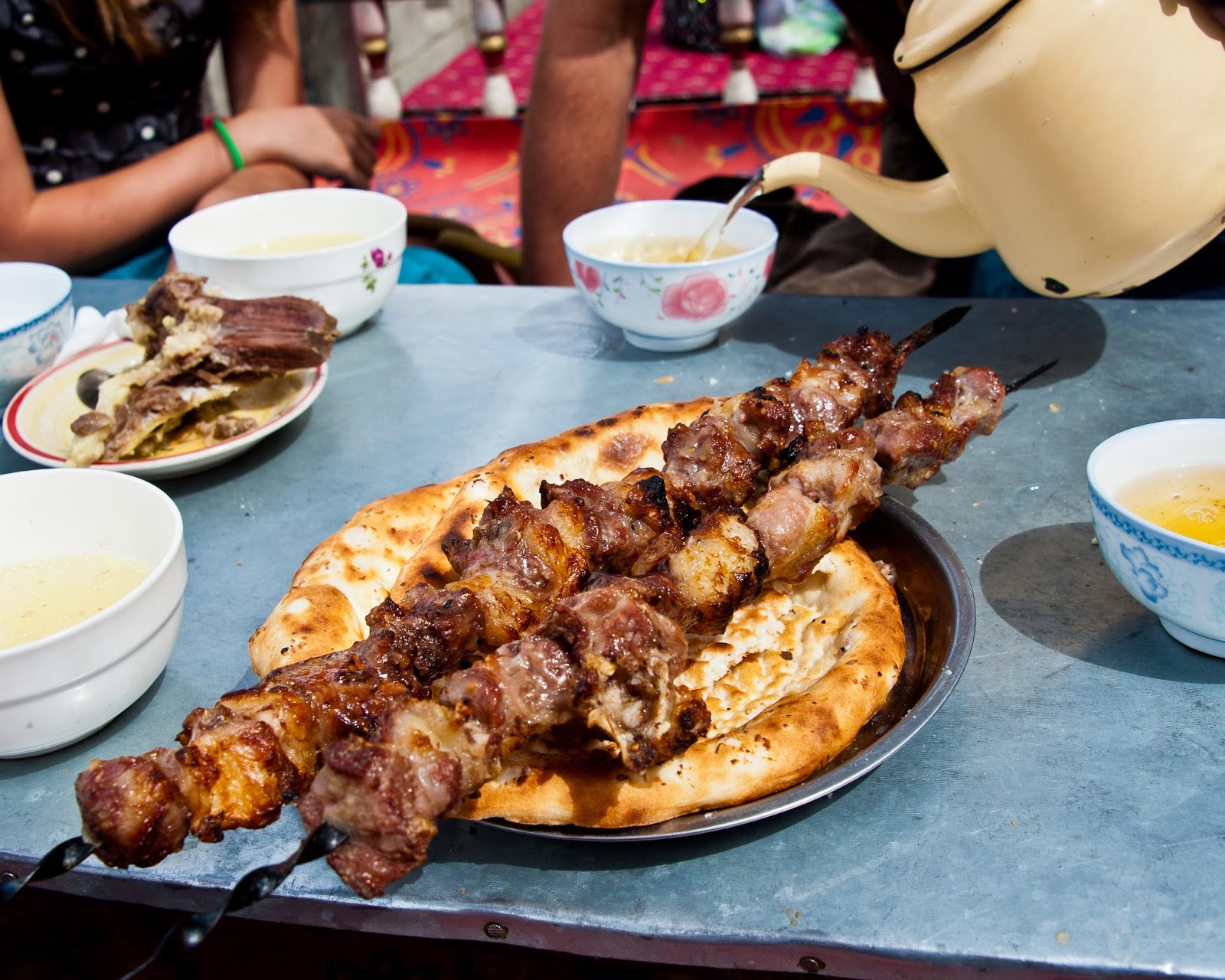 The arid lands of Xinjiang produce few vegetables, and so mutton with bread is a staple. Served here with clear broth and tea scented with cinnamon and saffron. 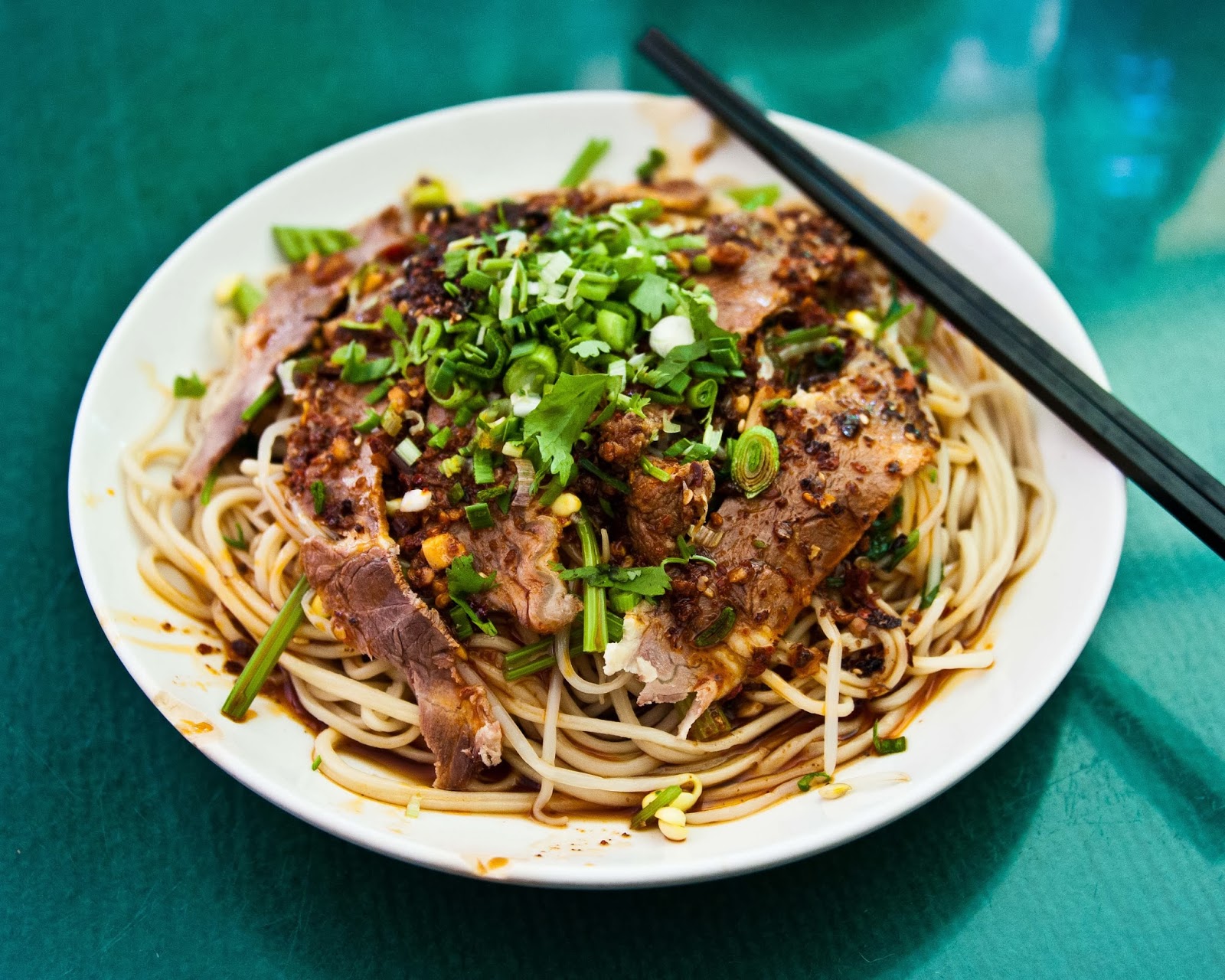 That's all on our culinary tour of jiachang cai - I don't know about you but now I'm really, really hungry. Let's eat! 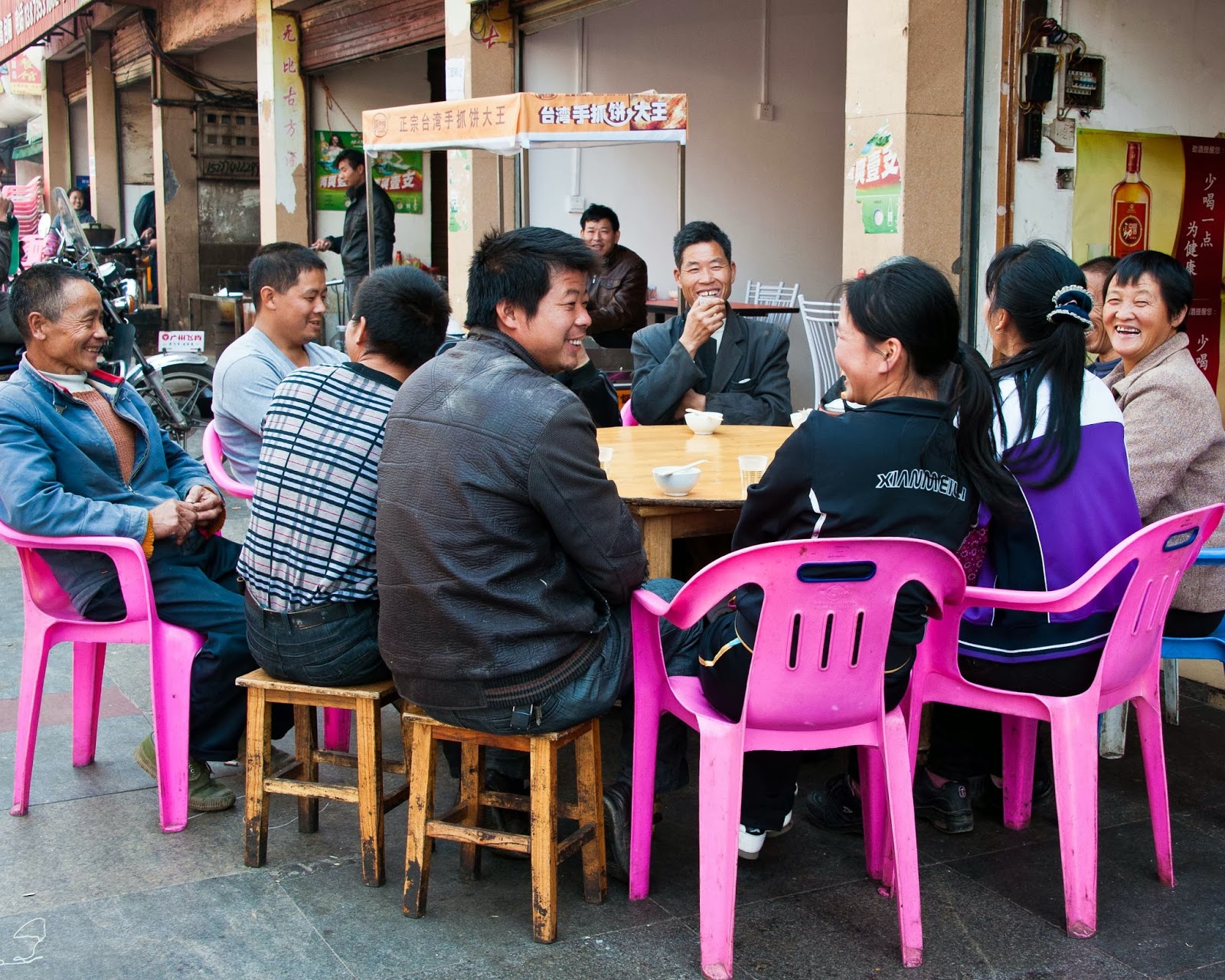