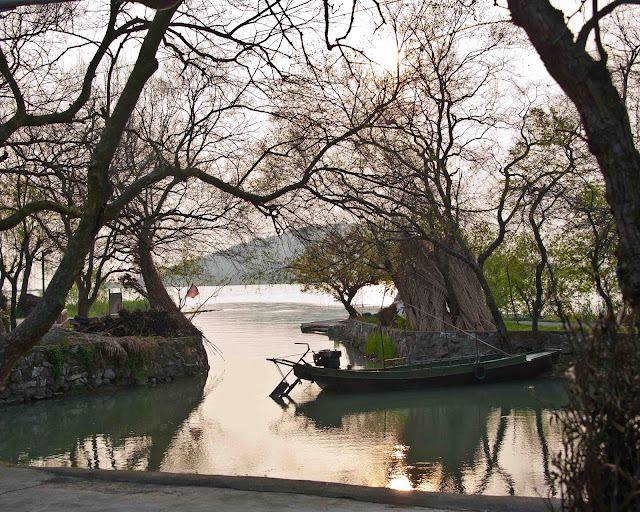 As island hamlets go, San Shan Dao is at the humbler end of the remote-island-getaway spectrum. It's not like Mustique, say, where you might have once seen Princess Margaret walking along the beach in a silk caftan with a gin and tonic in hand. Because there isn't a beach on San Shan Dao, or any gin and tonics either. And as far as I can tell it's not a favoured hideaway of the British royal family.

But you know, it is really pretty and everyone living on the tiny island seems to be in ridiculously rude good health and having a lovely time, spending all day outdoors in the blossoms of spring, tinkering about with boats through the summer, harvesting the tart orange fruits of the pipa trees in early autumn then hunkering down for winter with the sole task of catching enough fish to make dried fish snacks.

We had a wonderful low key vacation there a few weeks ago - the girls and I flew in to Shanghai to join my husband and some old Shanghai friends for the annual Tomb Sweeping Festival (Qing Ming 清明). We were fast threatening to become one of those long-distance families so often seen in China, with parents working in different cities or even countries. I was in China, my husband in Australia, then we did a tag-team switch and he came to China to work like a maniac on projects to keep his public art business running smoothly, then we all finally re-united in Shanghai. It's not exactly what we had in mind when we went back to Australia, but it is the reality of running a business in more than one country.

San Shan Dao (rather ambitiously named Three Mountain Island) is one of ninety nine islands - all small - in the middle of vast Tai Lake in Jiangsu Province. It's a few hours' drive west of Shanghai and a perfect place for winding-down. There's bugger all to do except drink tea, play mahjong, and eat dried fish snacks. I've heard they're truly delicious.

When I asked a Chinese friend what he knew about San Shan Dao he immediately rattled off its 'Three Whites', that is, the three famous foods the lake and islands are known for - bai yu (white fish), yin yu (whitebait), and bai xia (white shrimp).

I never cease to be amazed by this secret skill of every Chinese person I know. Mention a place, any place in China, and they can tell you its most famous foods.

"Pixian bean paste. Too easy. Give me something harder."

"Stop! OK! I give up. Here's one for you: name three famous people buried in Père Lachaise cemetery? Ha! Got you!"

It's like a local-specialty-foods DNA sequence built into the Chinese genome, which the rest of us disappointingly lack.

But back to San Shan Dao - arriving at the ferry terminal on the shores of Lake Tai we ditched the slower ferry (half an hour) in favour of a faster speedboat (ten minutes) that could hold all eight of us. By the time I'd figured out how to fasten the complicated orange life jacket we'd arrived, right on sunset. From a distance San Shan Dao's three small hills were visible along with a protected wetland area near the shore, and hundreds of pink-blossoming cherry trees.

We were collected from the jetty by Farmer Xue in his electric tricycle, who piled our bags and children into the tricycle's tray and asked us to follow him to his guesthouse. We immediately settled into the slow rhythm of the island - there are no cars on San Shan Dao so everything is conveyed by bicycle or tricycle via one small road running around the island's perimeter. Nothing happens fast. 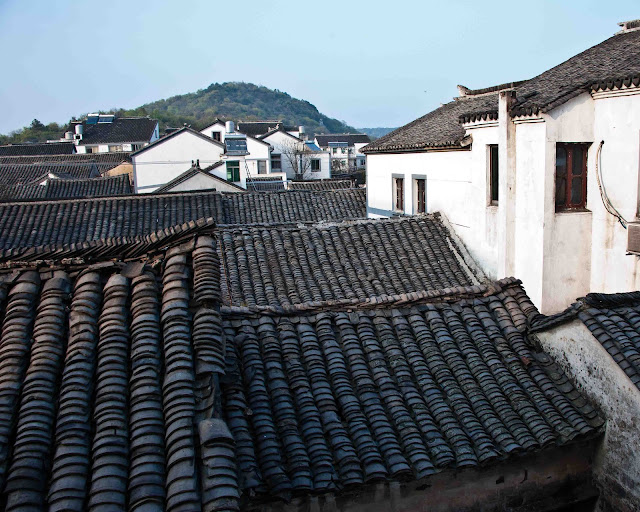 The view from our simple, clean room in Farmer Xue's house was delightful, looking over the black-tiled rooftops of the village towards one of San Shan Dao's three 'mountains'. 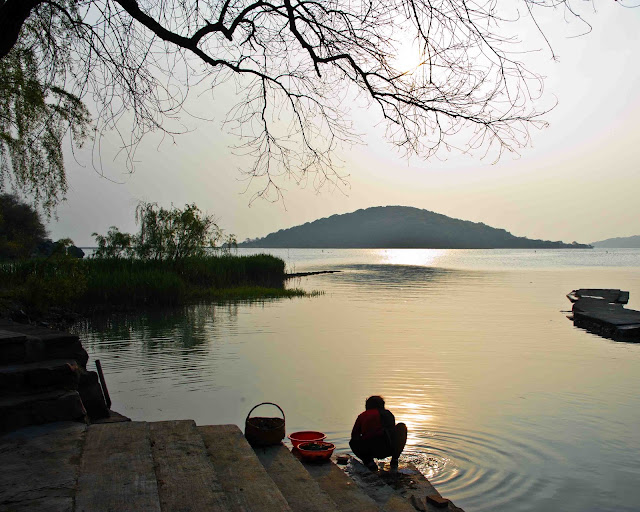 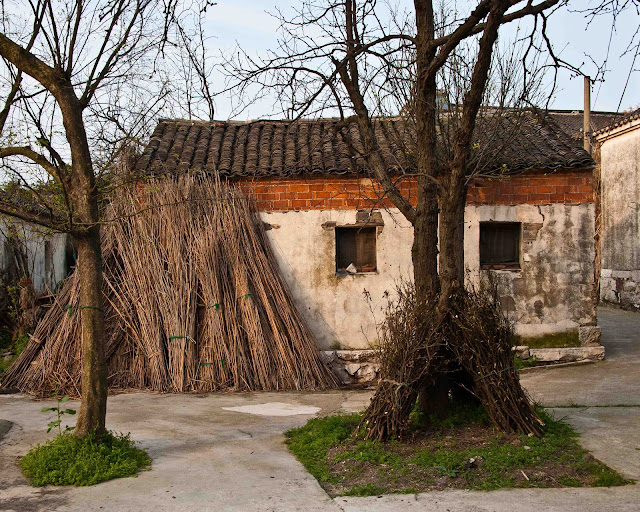 Before dinner we took a walk around the village, golden in the setting sun. Narrow paths led between old trees to stone farmhouses and walled gardens full of cherry and pipa trees. The broad green leaves of the pipa trees hid clusters of soft velvety brown pipa flowers, which would turn into small tart juicy orange fruit by late summer. There was a tiny harbour for fishing boats with steps leading down to the lake's edge for washing or collecting water. The children rescued a baby hedgehog they found trapped in a dicarded fishing net.

Hunger called us back to Farmer Xue's house, where his wife, mother and mother-in-law were in charge of cooking.

"Come into the kitchen and choose what you'd like to eat!" called Mrs Xue. The kitchen made me faint with pleasure, housed in a low stone building to the side of the guesthouse and reached through a moss-covered open air courtyard with a slab table for chopping and preparing. Baskets of fresh greens from the garden were waiting to be washed and trimmed alongside a deep water-filled dish holding two plump fish.

The kitchen itself was dominated by an old wood-fired three wok cooker manned by Farmer Xue's mother, wearing a Burberry-checked hat I never saw her remove, indoors or out. There was a mesh-fronted cupboard full of freshly-cooked food - poached chicken, roast duck, crispy fried small fish, bowls of peanuts, a basket of eggs, a bunch of trimmed scallions.

Everything on offer had come from the garden or the lake just hours before and was spanking fresh. I loved this kind of nong jia cai 农家菜 - farm-style food, freshly picked, simply cooked, and eaten immediately with an appetite made sharper by fresh air and long walks.

We chose lacquered mahogony roast duck, a poached fish with vinegar and soy, lake snails braised with chili and garlic, fresh bamboo shoots cooked with rice and local ham, stir-fried baby celery, strips of dried tofu braised with sweet green peppers, and most delicious of all, eggs fried with whitebait.

We drank glasses of the local green tea, biluo chun, the dark jade spirals of the dried leaves unfurling in hot water. As the dishes arrived at our table one by one, intoxicating smells filling the dining room. Not a scrap was left at the end of the meal, after which we sighed, patted our bellies, and went to bed. 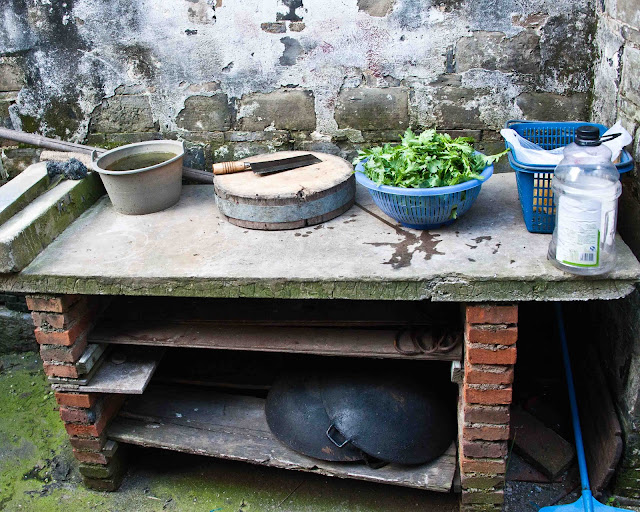 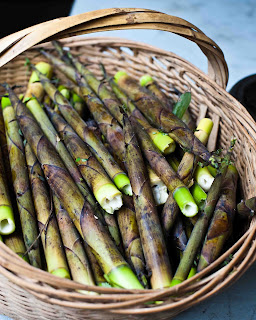 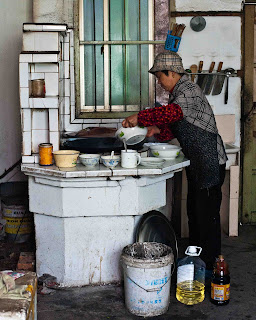 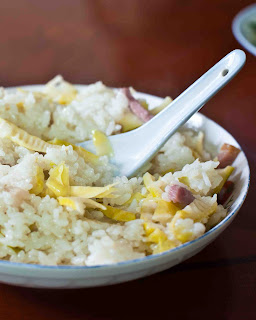 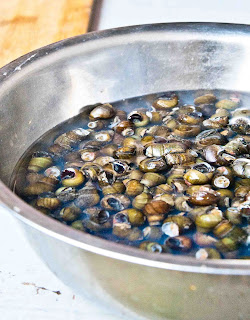 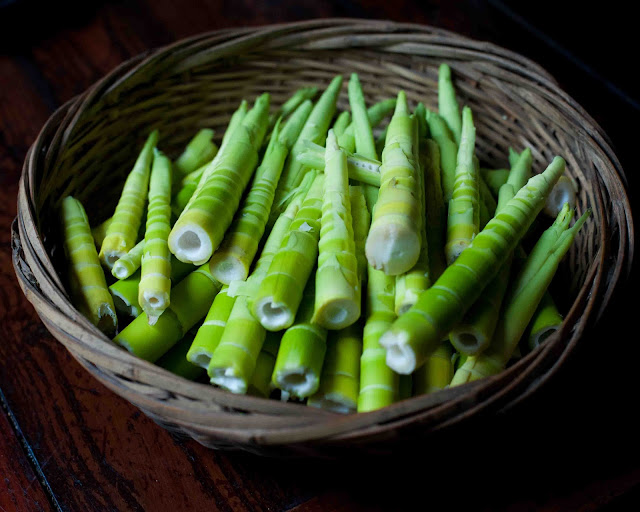 We spent the next two days exploring every corner of the island, between trips back to Mrs Xue's kitchen for our next meal. The tiny fishing harbour, the cherry orchards, the Niang Niang Temple, the ancient stone well - we visited all the island's attractions on foot or by bicycle (singles, tandems, or four-person bicycles can be rented near the jetty). The children roamed in a tight gang of four, having a Swallows and Amazons adventure in the small wild woods between the farms.

Everywhere we walked were trees in blossom, wildflowers blooming, and hardy wild spring onions growing between the rocks, lending a pungent smell to every step. We collected a basketful for our dinner that night, and the children spent an hour trimming and peeling them squatted on their heels like a clutch of old Chinese ladies. Mrs Xue fried them until they were caramelised and sweet, then tossed them with whisked egg that puffed in the heat of the wok.

We even, eventually, found an old couple selling dried fish snacks, dried whitebait and dried pipa flowers (a remedy for cough, steeped in hot water and drunk as a tea). The fish snacks, flattened and cut into circles or squares, had a curiously sweet taste and a chewy texture. I bought some for Chinese friends but was, curiously, never tempted to keep them for myself. 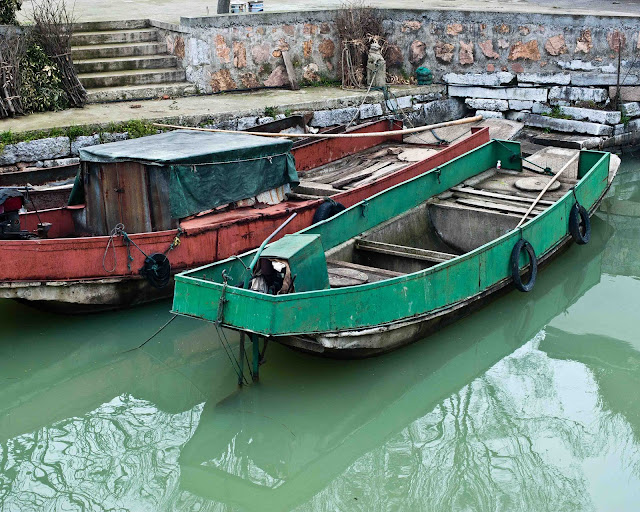 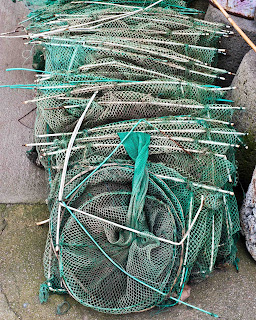 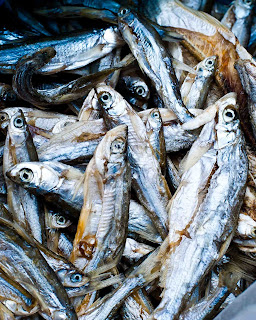 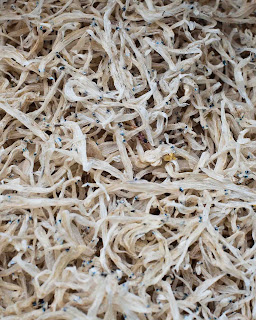 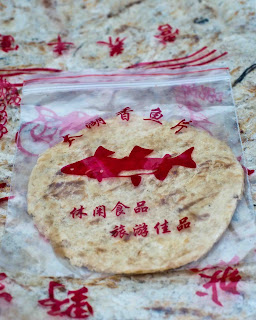 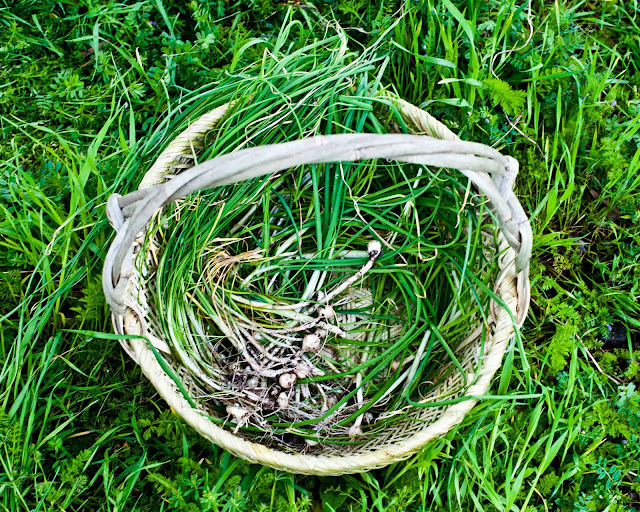 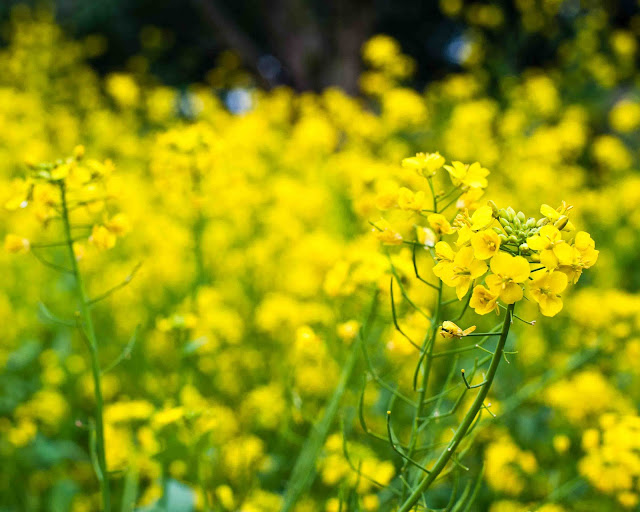 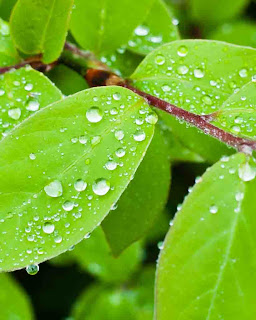 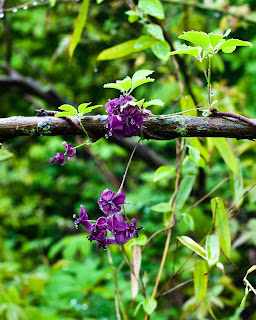 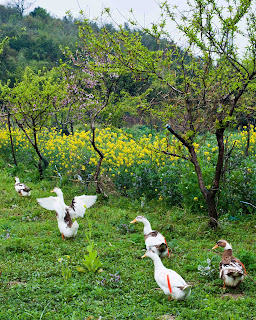 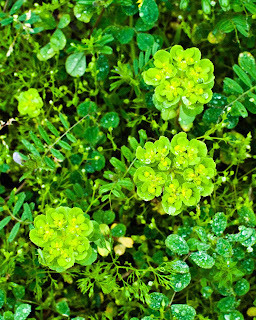 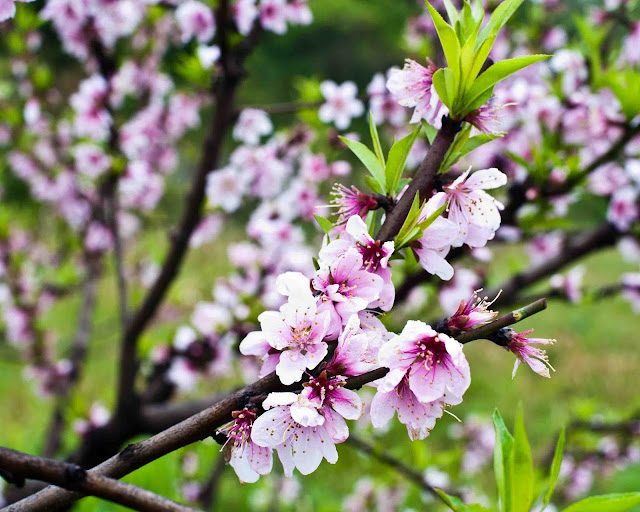 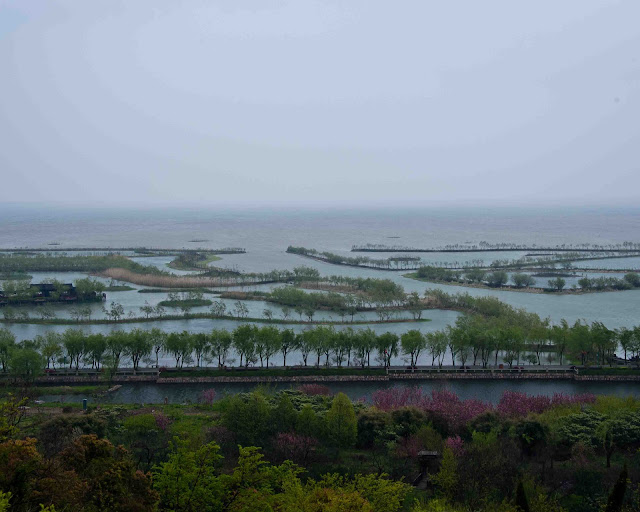 On our last day, having filled ourselves with the simple and all too rarely enjoyed pleasures of fresh air, farm food, too much sleep and laughter, and time with our children just rambling and roaming, we took the slow ferry back to what I now thought of us 'the mainland'.

What a wonderful place! I thought, finding a space for my feet on the ferry between a basket of spring onions and a bag of dried pipa flowers. 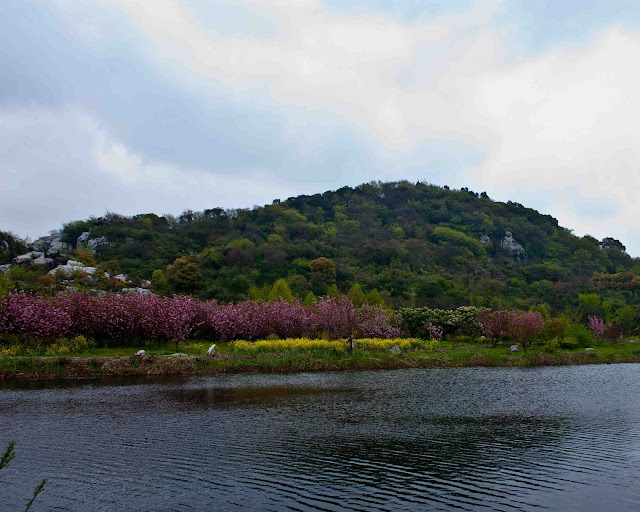 Getting to San Shan Dao 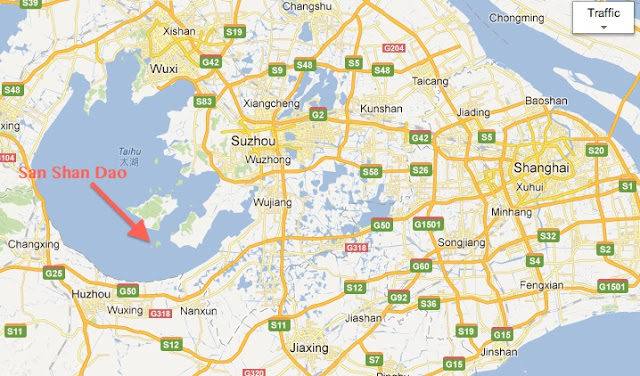 The island is reached by boat from the eastern shores of Lake Tai.

By private vehicle:
We hired a minibus and driver from Shanghai who took us directly to the Shatan Shan Wharf (approx three hours' drive) and collected us again three days later - 1780 rmb total fee.

Motorboat: 180 rmb one way for up to 8 people
Ferry: 15rmb one way per person

See Farmer Xue's instructions below (with a list of famous foods and specialty food products!) 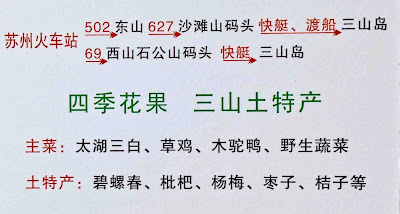 The island more than a dozen small farm stay guest houses. You could quite reasonably just turn up and find a bed without any problem, weekends included.
We stayed at Farmer Xue's place, The Nan Feng Shan Zhuang 南峰山庄 (South Peak Mountain Villa)
Rooms sleeping 2-3 with private bathroom and shower are 150 rmb/night.
All meals are cooked on the premises from fresh ingredients grown on the island. Our total food bill for six meals for a family of four came to around 400 rmb ($60).