The Cave-Dwelling Farmers of Shanxi 居住在岩洞中的善良农民 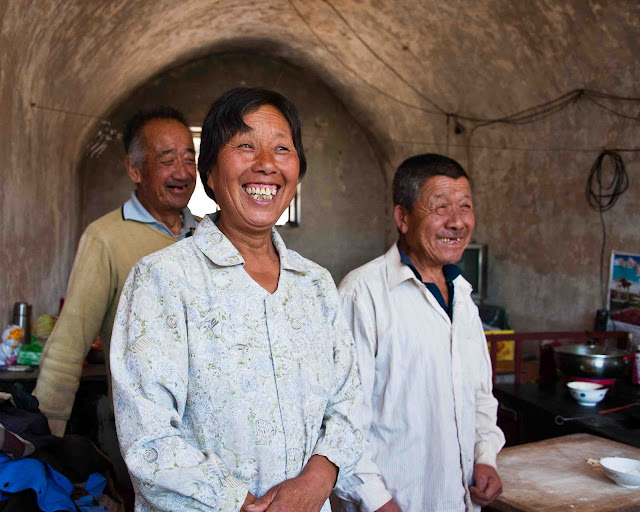 We rely a lot on the kindness of farmers.

Every night when we set up camp it's either on farmland or very close to it, given that every square inch of flat land in China is given over to agriculture including road verges, spare pocket handkerchiefs of land between fences and homes, and tiny slips of land beside bridges and waterways. The skerricks of land that are left over are too steep to farm but also too steep to park on, causing us all to roll forwards under the dashboard during the night, like slow-rolling stones.

When the farmers are about we ask if we can camp, and when they're not we choose a quiet site away from farmhouses so we stay out of the way of daily farm business, allowing the farmers to go about their work without any disruption from us.

At times though, we accidentally cause a lot of disruption to daily farm business. Some afternoons shepherds bring their flocks of sheep or goats home past our van and we suddenly realize we have parked right in their  path. No wonder the grass was so flat and short! But they just move quietly around us without any bother.

Other times we park in what we consider a remote spot only to discover the next morning we are directly next to a 'tractor highway' as all the local farmers drive their tractors to work out in the fields. Did you know farmers start work at 4.30am? Neither did I until the deafening two-stroke engines rolling past had me leaping out of bed in the dark.

This week we set up camp near a tiny village in western Shanxi Province and parked amongst tall wildflowers next to a field of corn. The village consisted almost entirely of yaodong - cave homes. I've been fascinated by these homes for several years, but the closest I'd ever come to seeing inside one was when I visited an abandoned cave house village outside Xi'an.

These extraordinary homes are the most common form of dwelling in this part of China - almost everyone lives in one. They are not naturally occuring caves, like those inhabited by the papermakers of Guizhou, but are man-made arched caverns dug into the compacted dirt hills of the region. They're cool in summer, warm in winter, and have the advantage of not occupying any precious terraced land used for farming. 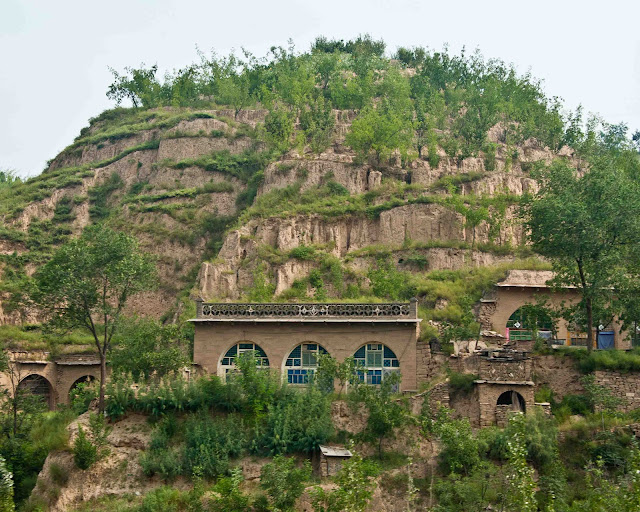 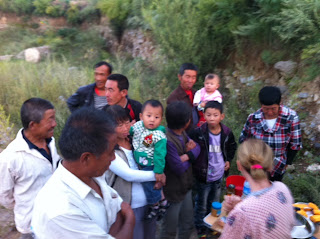 We thought we were far enough from the village that the noise of our generator wouldn't bother anyone, but what we hadn't counted on was how curious those local farmers were about us.
Perhaps they had never met foreigners before. Certainly they had never seen a fangche before. In their ones and twos, then in their tens they all came to say hello, ask a lot of questions, look inside the van, and watch us cook and eat dinner. Babies, small children, teenagers, parents and grandparents - all came. I imagine not a lot of work got done in the village that evening. 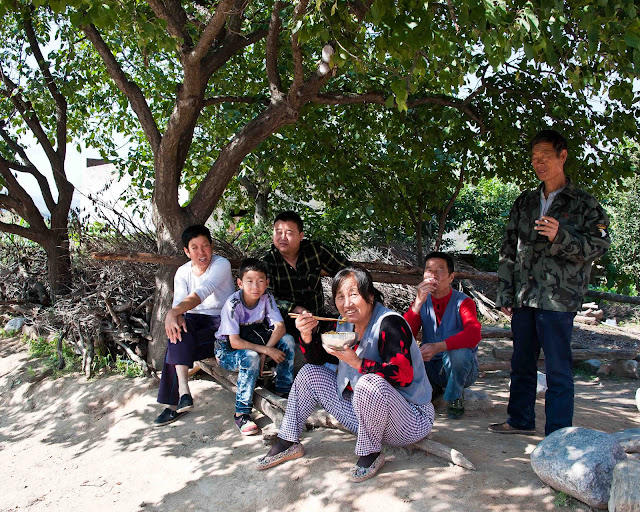 The next day, at their repeated invitation, we visited their yaodong cave homes. The village had all stopped work and downed tools for our visit, waiting for us under the great big walnut tree at the entrance to the village.
第二天，在他们的盛情邀请下，我们参观了他们的窑洞。整个村庄早上都没有工作，人们站在大胡桃树下看着我们。 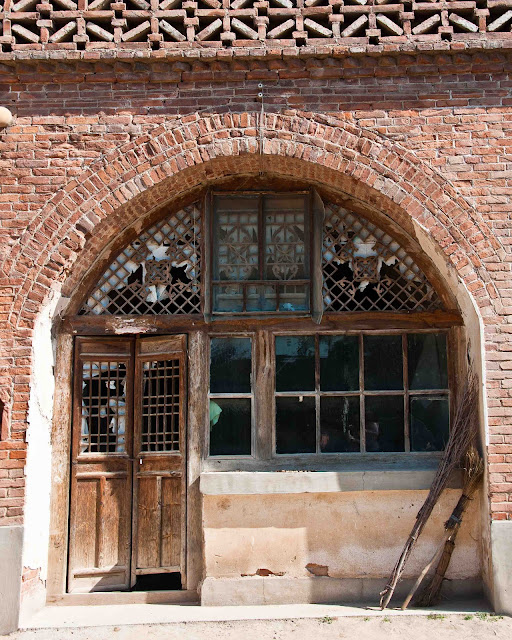 Yaodong have a natural, simple beauty. Each one is fronted by three graceful arched doorways with inset windows decorated with fretwork and decorative brickwork. Inside, the yaodong are light and surprisingly airy, with light reflecting from the curved ceiling of plaster-covered rammed earth.

The rooms are all furnished simply with a kang - a large earthen platform bed with a chimney underneath for heat during the cold, harsh winter months - a small stove, a cupboard and sofa, and framed photographs on the walls of their families, some far away. The first two arched rooms are for living, and the third used to store grain and preserved foods. 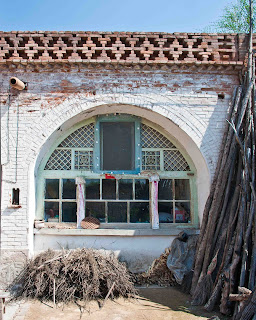 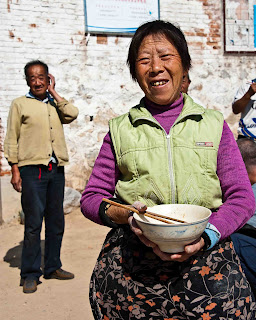 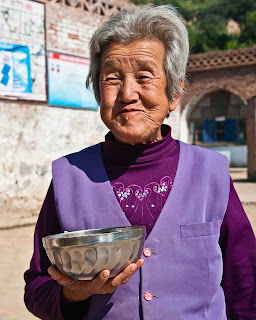 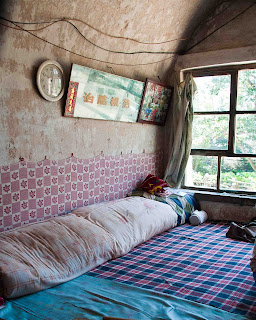 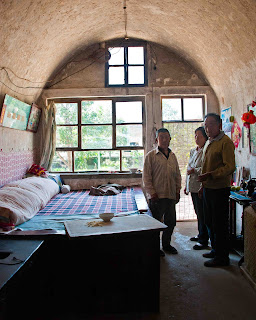 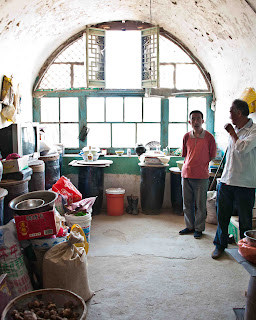 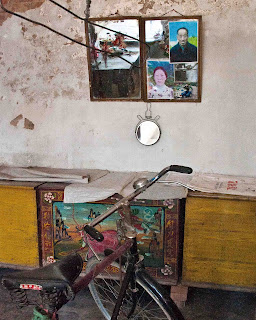 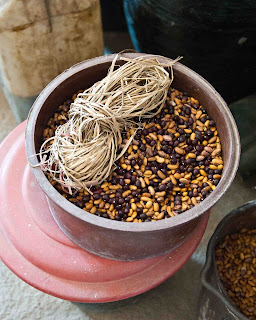 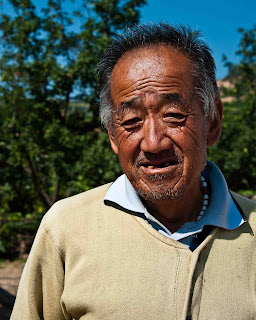 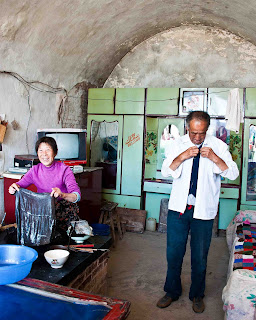 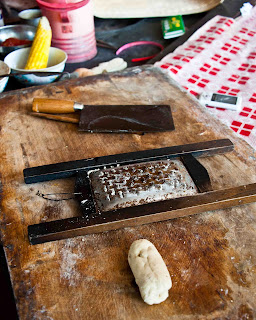 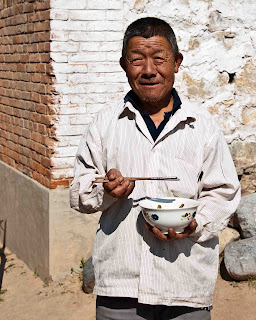 The farmers were so pleased to have us as visitors, and so proud to show us their wonderful neat houses. It's a great privilege it is to be welcomed into someone's home as a stranger, let alone the homes of an entire village.

As a way of saying thank you I took polaroid photographs of everyone in the village. At first there was some confusion about the strange white toy camera that spat out a white card, then amazement all round as the first photograph slowly developed, revealing first coloured shadows, then forms, and finally faces and details. 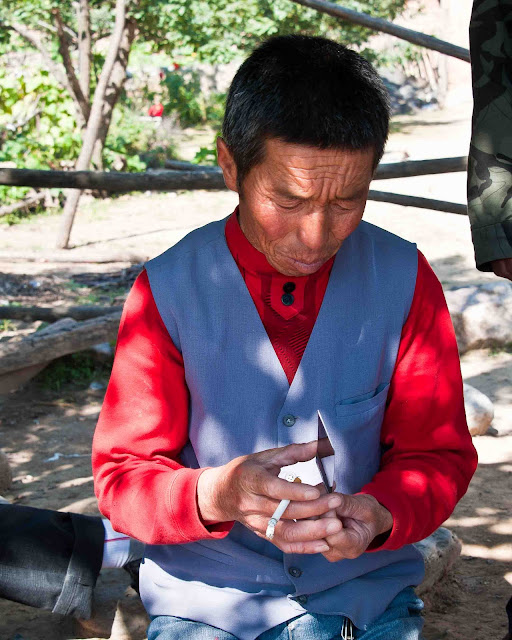 Several spent some minutes staring intently at the black side of the photograph before realizing the image had already fully formed on the reverse. Several others rushed away to change their clothes and smooth their hair for their portraits. 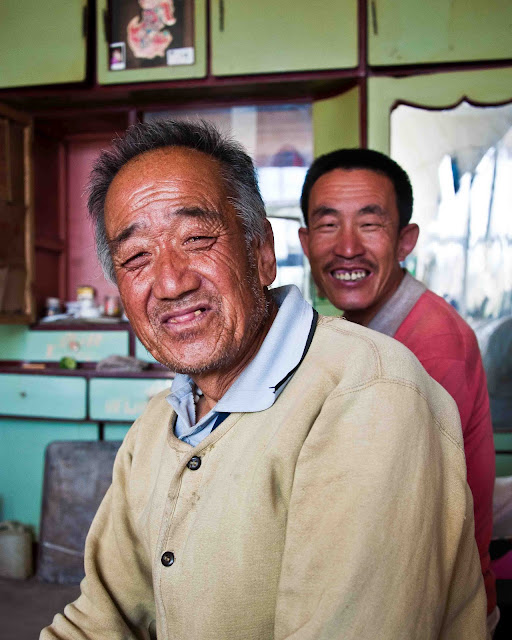 Already so generous in taking us into their homes, as we left the farmers filled our hands and pockets with pears, walnuts and corn they had grown themselves.

In our travels we've now met so many kind and open people living and working in the countryside. This post is a tribute to all of them - I know they will never see it or read it, but I thank them anyway.