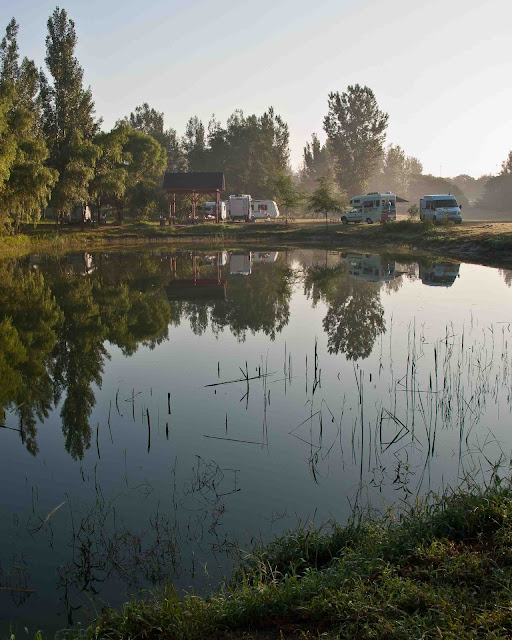 Five things I didn't expect to experience in a Chinese camping ground:

4. A 94 year-old camping great-grandmother from Sichuan

5. An old-fashioned jamboree involving as much barbecued meat and cold beer as you could take

But Beijing is the camping 'ground zero' of all of China with no less than three - three! of China's twelve camping grounds, and in our quest to experience at least one we diligently contacted all of them ahead of time.

First was Sister Wang's Fruit Garden (peach trees! simulated warfare! says her website, as though those two things were born to be together in one place). It turns out that Sister Wang's doesn't actually have a camping ground, she just likes advertising on camping websites to attract business. But you can enact great battles in full modern military kit, if that's your thing, followed by a spot of fruit-picking.

Then there was the Beijing International Vehicle Camping Park, which sounded quite promising. In fact they told us we could definitely camp there, but there was just one small matter - we would need to leave our campervan in their carpark and hire one of their campervans for the night, $250. Seemed like a lot of money when we already had a perfectly good place to sleep...

We struck it lucky with the third, the Beijing RV and Camping Exhibition Ground. Don't be fooled by the name because it is in fact a vast green camping area in what was once a golfcourse with everything campers could need: power, water, open green spaces, toilet and shower facilities, a shop, and even a village next door with an excellent supermarket and cold beer. Best of all, it has fellow pioneer RV enthusiasts and campers! 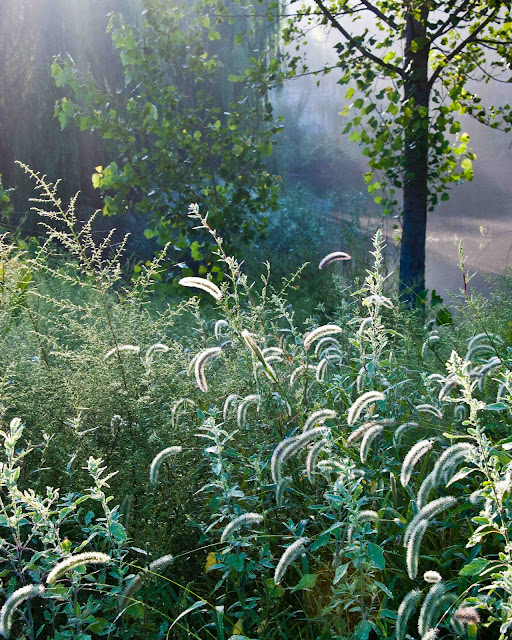 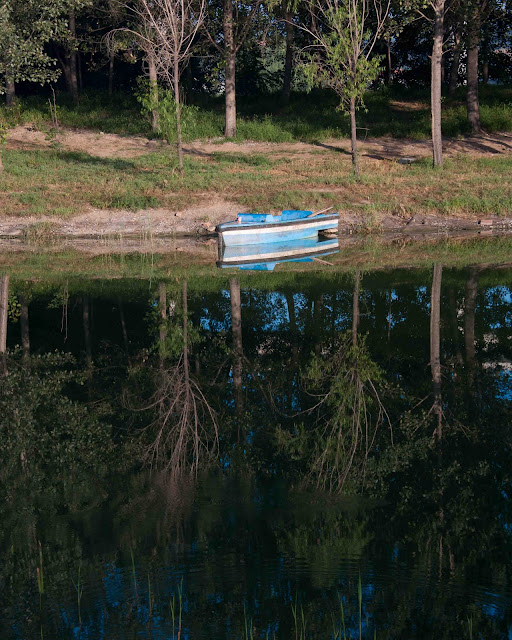 The campsite is owned and run by Wang Xu Dong, a young entrepreneur and outdoors enthusiast who was first introduced to the outdoor lifestyle when he began selling spare RV parts some years ago. Customers took him on camping trips and the rest is history - he now runs the camping ground, the adjacent RV dealership and exhibition centre, and is the man behind the very successful 21RV website and the annual China RV and Camping Rally.

We missed this extravaganza while we were in Shanghai last week, and Wang told me they saw 30,000 visitors over the four day event with more than two hundred RVs from all over China camping on site, an event that is one of a kind and clearly intrumental in building enthusiasm for camping.

For a man who achieved all of this Wang is a very unassuming fellow who just loves being outside. So much does he love being outdoors in fact, that he named his 5 month old twins 'Lu' and 'Ying' because their names together make luying - camping. That's quite a future commitment right there.

I can't say enough kind words about Wang - he arranged first for a plumber friend and then for an electrician friend to fix a leaking pipe and a broken extractor fan in our van, free of charge, brought us a twenty litre bottle of drinking water, also without charge, and introduced us personally to all the other campers. I hope he's very successful when RV travel finally takes off in China. 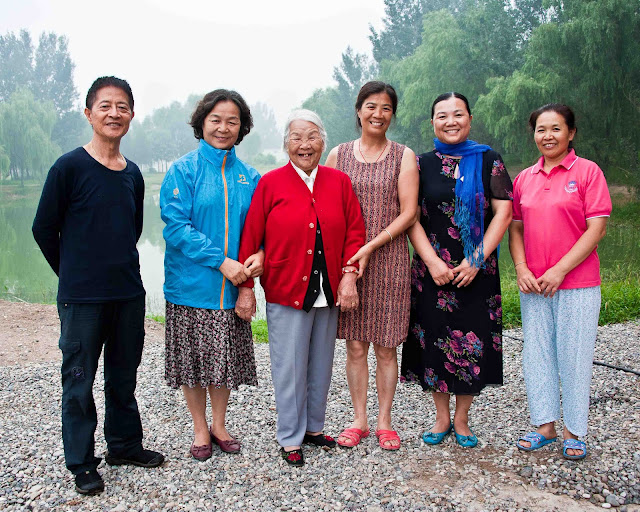 Imagine this improbable scenario: our first ever sighting of a real and proper RV, and the first person out of the door is a 94 year old great-grandmother from Sichuan, followed by her 65 year old daughter, her son-in-law, her next two oldest daughters (from a total of six children), then the family ayi or helper, and finally, a blue-eyed white cat and a glossy black red-beaked jackdaw in an ornate birdcage.

It wasn't quite the demographic of camper I was expecting.

We had spent the first night of our stay alone, the only campers on site, and save for a visit from the 21RV crew to interview us it was pretty solitary. So we were delighted when our second night drew campers and travellers from afar - we had been looking forward to meeting these Chinese pioneers and hearing their stories.

All eight human and animal members of this family had been travelling apparently harmoniously for the last three weeks in a campervan the same size as ours, a smallish room on wheels in which four of us find it difficult enough to keep the peace and some personal space.

The three daughters explained they had set off from Sichuan to attend the Camping and RV Exhibition and afterwards take their mother to see the Great Wall and Imperial Palace in Beijing for the first time. By all accounts they were having a marvellous time, including the pets (although the cat took a day or two to adjust to any new surroundings and preferred to stay indoors in her basket until she knew it was really safe to come out).

The bird, hanging from a nearby tree in his enormous Chinese birdcage, was a great mimic who could say his own name, Xiao Gui Gui, and plenty else besides. 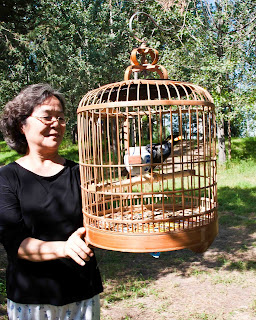 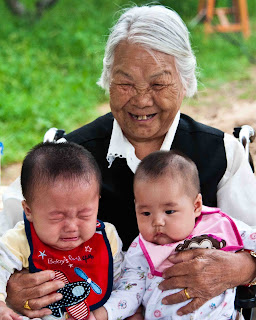 Great grandmother proved to be a lover of babies, although I suspect her eyesight was perhaps not what it used to be after she asked if Lu and Ying belonged to me. In a society where the elderly are so respected and revered it was wonderful to see with what care and love her family made sure her every need was met.

It turns out the family own not one, but two RVs, having taken up camping as a hobby when they retired six years ago, and they try and make two long journeys a year in the spring and autumn months. They rarely meet fellow RVers except at this campsite.

We also chatted with a delightful fellow from Taiyuan in Shanxi province, some six hours' drive, who had just popped in for the weekend with his minivan and caravan. The minivan, kitted out for serious travel with a satellite dish, GPS system and fold-out kitchen, was all he used when travelling solo but the more comfortable caravan he brought along when his wife and mother-in-law were travelling too.

Then there was a family of day trippers with a car and tent who - you guessed it - produced two frail and elderly parents from their vehicle along with a full-sized barbecue and enough chicken wings to furnish an entire battalion of chickens.

I started to sense that the only people with enough money and leisure time for this kind of travel in China were perhaps retirees whose children were all busy working and who chose to travel with their elderly parents instead.

As evening fell and we all began cooking Wang Xu Dong rallied friends and family together under the outdoor pavilion to have a barbecue, drink beer and chat. Wang cooked up some wickedly spicy barbecued chicken with ziran and fennel seeds, we cooked a pot of chili, and many, many cold Yanjing beers were drunk and tales were told.

And there we all were - young, old, Chinese, Australians - together enjoying the fresh air, good food and drink, and the stories from other places, all around the proverbial campfire. A real Chinese jamboree.