My Seal of Approval 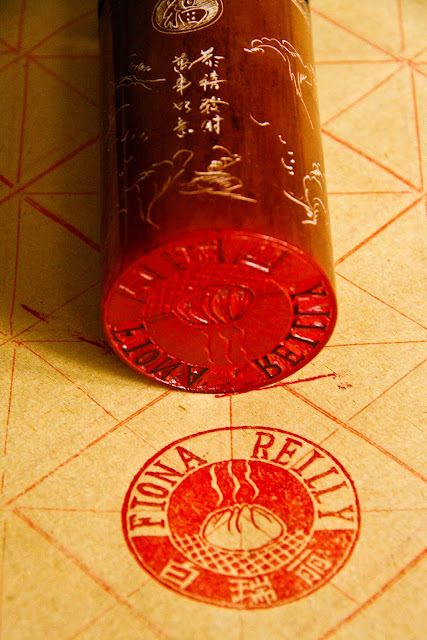 In China, it's not really official unless it has a red stamp on it. Taxi receipts have red stamps. Electricity bills have red stamps. Cheques cannot be cashed unless they carry an official stamp of your name (somehow safer, apparently, than an old-fashioned signature). In fact, when I buy totally illegal pirated DVDs the store receipt has an official stamp on it. Well, now I'm official too - I have my own yìnzhāng 印章 or seal.

Until quite recently I didn't have a Chinese name, and it seemed senseless to go to all the trouble of having a seal carved for me without a Chinese name to carve into it. Finding a Chinese name is harder than it sounds - names are deeply meaningful portents of your fortune, your character, and your future, and having met young Chinese people armed with unlikely and slightly mad names like Batman, Bacon and Panda, I wanted to make sure my Chinese name didn't sound like something I'd read on a packet of snacks.

But how exactly do you go about getting a Chinese name? I decided to ask my Chinese friends how their own English names came about. Generally, it seemed, by one of three methods:


Firstly, their school English teacher might have just given them a name sounding phonetically similar to their own ('Helen' for 'Hairong' 'Julie' for 'Zhu Li' for example), to make it easy to remember.


Secondly, they might simply be assigned a name, apparently from the Home Companion's Book of Baby Names, 1972. This might account for the vast numbers of hip young Chinese people with names that sound like characters in my old Grade Three reader - Kevin, Susan, Steven, Judy and Bruce. One friend described sitting in a classroom at the age of twelve as the teacher wrote twenty English names on the blackboard and then passed them out one by one to the students in random order. She was named Maria, which she eventually grew to like.


Lastly, they might have chosen their own English names, either as an assertion of individuality, or after living wth an assigned name they didn't like. A lot of consideration goes into this self-naming, not that you'd know it by the number of Echos, Leafs, Cherrys and Sunnys I've met. I recently came across a young man called J'Adore, presumably after the Dior perfume of the same name whose ads are on high rotation all over Shanghai. Or perhaps he just really adores everything and everybody.


After due consideration, I decided that 'Fiona' spelled phonetically in Chinese came out badly ('Fay-ah-na'), it was highly unlikely I would successfully choose my own name without stuffing it up, and so I opted for an expert opinion and asked my Chinese teacher to choose one for me.


She chose Bái Ruì Lì 白瑞丽, on the basis that 'Bai' means white in Chinese (Fiona means 'white' or 'fair') and 'Rui Li' sounds like 'Reilly' but also carries auspicious connotations of luck and beauty. Ruili, also a border town in southern Yunnan, is famous for drug smuggling, prostitution, and general lawlessness, but I'm sure she didn't have that in mind when was thinking of a name to match my personality. 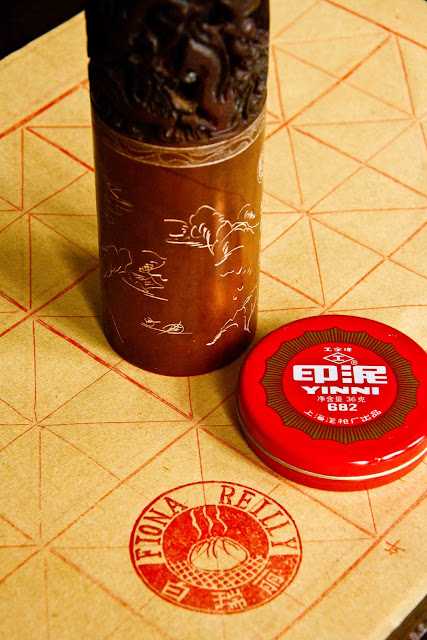 Having chosen a name, now I just needed my seal carved, a job done by a specialised craftsman. It's all very involved, and many people spend longer choosing the stone and style of their seal than they do choosing a wife, but being an impetuous type, after mere minutes of contemplation I came up with the brilliant idea of having a dumpling right in the centre (because I love dumplings!) and my name around the outside. I'm so happy with the result, even though I had asked for a xiaolongbao and he gave me a baozi instead - 'plumper and happier-looking', he said. 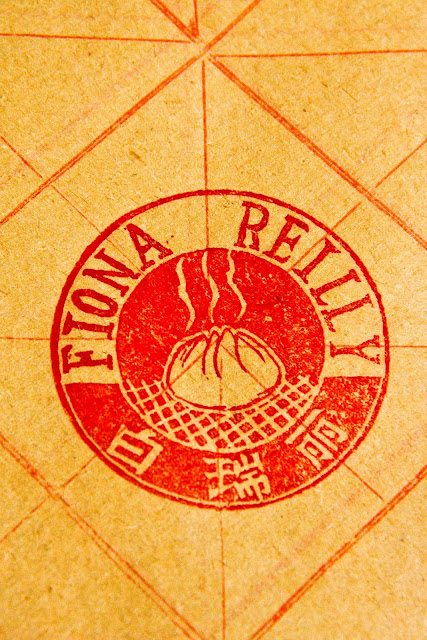 Wait until I turn up at the bank with a cheque signed with a dumpling! In the mean time, I'm happily stamping the frontspiece of all of my books, stamping any flat thing with a spare blank space, and stamping just to practice stamping stuff. I might even carry it around in my handbag along with the ink and its special box, just in case my signature is required. It would be pretty cool to whip out my seal at the Post Office to sign for a parcel. Or to sign in at the swimming pool. This thing is gonna come in so handy.