Seven Perverse Pleasures I Get Out of Living in China 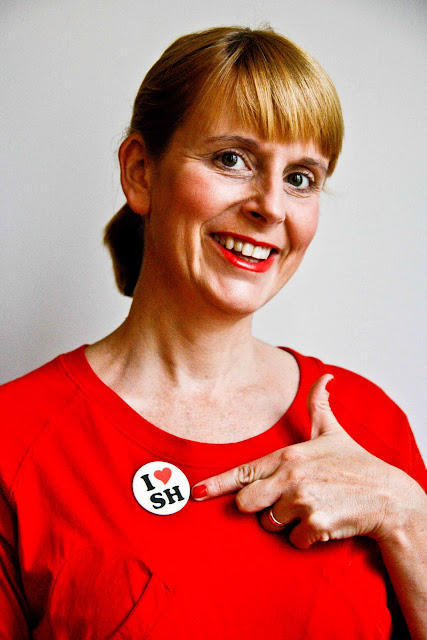 You all know very well that I love China and I love the Chinese people, every 1.34 billion of them. Living in China is not always non-stop fun though, and sometimes, like when you get hit by a car or someone hisses unpleasantly at your sheer audacious foreign-ness, it can be hard. As in, trying, difficult and disheartening. There are days you just feel like crawling back under the sheets and pretending you're somewhere else, but as an eternal optimist I try and see the bright side of every bad situation and not take it too personally. That's the Good Fiona speaking. Chin up, eat some noodles, and be done with it.

There are other days, though, when I take it very personally. Days when China throws every obstacle it can in my path and I trip on every single one of them. Days when, if one more person calls out 'Waiguoren!' ('Foreigner!' 'Not Chinese!) when I'm walking down the street, I'm gonna scream. I mean, could I be anything else other than 'Not Chinese'? Do I look even a tiny little bit Chinese? I didn't think so. I grit my teeth and swear heavily under my breath. But you know there are, I've discovered, advantages to belonging to the tribe of waiguoren living in China - there are things I can do without any apparent offence to anyone that give me enormous personal satisfaction, when I can feel that, just for a second or two, I gave China as good as I got.

So when, for the tenth time, someone hoiks up a huge plegm golley and spits it on the footpath in front of my feet, and for the twentieth time some crazed taxi driver tries to run me down on a pedestrian crossing, and for the fiftieth time someone robs me blind just because, well, I'm foreign, and therefore fair game for being ripped off, I can remember these seven perverse pleasures I can indulge in occasionally to get my own back. That's Bad Fiona talking. I'll let you decide whose advice you're going to follow today.

1. Secretly Insult Someone
There is a lot of satisfaction in swearing when things aren't going your way, and as an Australian I consider it part of my genetic make-up to swear often, and with vigor (although I'm sure cultured and articulate people never do). And in a country where few people understand your native tongue, especially when spoken with a broad accent, you can get the buzz of swearing at someone without the repurcussions.
So next time someone really, really pisses you off, you can smile sweetly, modulate your voice to a kinder-than-angels tone, whilst telling them "You shitty little pleather-loafered f**k of a loser I bet you sold your youngest child for loose change to play poker this morning and then plan to buy her back with the money you're cheating from me right now!!". Remember to keep smiling as you speak and to pretend you're saying "You are the smiliest, handsomest, loveliest, friendliest pleather-loafered street salesman I've ever had the good luck to run into" to get the right intonation.
2. Gossip Shamelessly

In China, you can gossip about someone's outfit on the subway without lowering your voice. Actually, now that I can understand Chinese, I realise that Chinese people do this to us all the time. If only we knew:
"Check out that laowai's bag"
"Do you think it's real or fake??"
"Definitely fake, I mean, look at it. Who would pay full price??"
"I think it's real"
"You don't now what you're talking about"
"But the rest of her outfit looks real cheap. And she's so fat!!"
3. Ignore "No Entry" Signs

You can barge right through signs saying 'No Entry', ignore the 'No Photographs' sign and snap away happily, and put your bicycle right where it says "No Parking' because you know, you can't read Chinese. At least, nobody thinks you can read Chinese, and they're not willing to pull you up on it.
4. Get Rid of Those Blasted Infernal Phone Salesmen

When insurance companies, banks and investment start-ups call trying to sell you something, you can pretend you don't understand a single thing they say, apologise, and hang up. These guys totally give me the pips because they always call at dinner, or when I am outside and I run back in to answer the phone. Unfortunately China is just as afflicted with cold-calling as the rest of the world, although for once, the call centre isn't in Bangalore. Don't try and politely answer their questions, just keep repeating 'ting bu dong! ting bu dong! ting bu dong!' (I'm listening! But not understanding!) until they get it. Revenge of the waiguoren!!
5. Get Discounts on Everything

Nothing, and I mean nothing, is exempt from a reduced price by bargaining in China. In China you can bargain on everything. Don't be shy!

Gym memberships?
"Can you make it a bit cheaper?"

Doctor's visits?
"You want to charge how much?? I think a consultation is only worth 150 yuan. I mean, what if the doctor gets it wrong and I have to come back??"

Vegetables?
"I know the market price is 2 yuan a jin. But these look like poor quality cucumbers. They may even have that E Coli! I'll give you 1 yuan 80 a jin."

Bargain hard. Bargain shamelessly, but always bargain. As my Chinese friend Clare says "They think you're stupid if you don't bargain." OK.

6. Be as Eccentric as Hell
In China all your quirks and eccentricities can be attributed to 'strange laowai stuff' and therefore forgiven. Want to wear an evening dress to lunch? Like to dress up like a pirate and brandish a sword at strangers? All acceptable foreign behaviours. Just don't be caught out with other laowais staring at you, or the game's up.
7. Sleep Anywhere, Undisturbed


Sleeping after lunch is a RIGHT rather than a privilege in China. Even for foreigners. You can sleep anywhere and no-one cares, and I mean literally anywhere. On your motorbike while it's parked on the footpath, on top of a pile of vegetables at the wet market, in the corner of H&M after a busy morning of shopping - just fold your arms and lay your head down for a nap. If someone, like the sales assistant for example, tries to wake you, look up at her quizzically for a second, mumble something incoherent, and go right back to sleep.
Got any special ways of dealing with the Shang-lows when they hit? Tell us all your secrets......