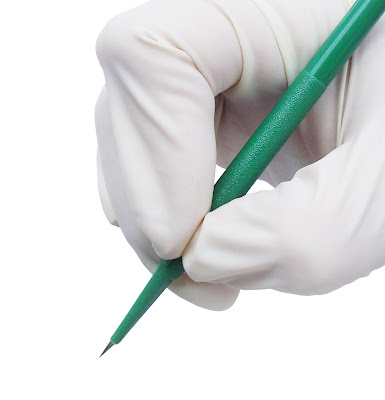 Free plastic surgery?? Most days I read the Shanghai Daily, a regular and predictable mix of stories about food safety scandals, official corruption, and adverse weather somewhere in China. And then, just when I think I'm getting some kind of insubstantial grip on the Shanghai news, they throw in a headline like this one and I discover I am on another planet after all. Planet China, where weird things happen everyday.


Here are a crop of stories reported on one day this week.


Hospital Jobs with Free Plastic Surgery
An unspecified hospital in Shanghai, looking for 'nursing helpers, cleaners, security guards and receptionists' is also offering free plastic surgery for those who can stick at the job for at least a month.
A hospital spokesman said "We have 10 positions for students who, after working for a month, will be entitled to free plastic surgery worth up to 5,000 yuan and a 5,000 yuan discount on more expensive services."
A Fudan University sociologist commented that "cosmetic surgery is an invasive medical practice, and whether students can be treated appropriately on the prices offered is questionable."
So....I would also be pretty worried that a discounted 5,000 yuan nose job may not be absolutely top notch - I mean, you get what you pay for. No comment was made, however, on the morally bankrupt practice of offering discounted plastic surgery to the young. "Everyone has the right to look as good as they can" the sociologist added.


Unable to afford the steep price of a conventional tomb for his parents' ashes, a man in Baoshan district, Shanghai, has built a tomb for them in the courtyard of his apartment, where it is apparently upsetting the local residents. In addition to the tomb, considered extremely bad luck by his neighbours, he also plays mournful funeral music at all hours.

Following complaints, authorities have offered him a 48,000 yuan discount on the usual 50,000 yuan price of a tomb in a nearby cemetery if he will agree to move the ashes.


Now, as I see it the issue here is not whether it's a good idea to house the remains of deceased relatives right outside your home, it's whether the hefty discounts the authorities offered him will inspire a spate of copycat DIY tombs all over Shanghai.


What a great headline! The images it conjures up!  It seems the story following this headline was not exciting enough on its own (large trusted pharmaceutical company spewing toxic waste into nearby river for 10 years while local authorities pretend not to notice), so the journalsist has added as many hackneyed catchphrases as possible in a single sentence.

"The company's reputation took a drubbing over the last week after a media fire storm over its lackadaisical - or criminally feckless, as some might say - handling of the severe pollution leak over a decade.."


Excited to see 'lackadaisical' and 'feckless' used in the same line.

Exam Papers Marked by Students
In an apparent attempt to save money, a university in Xi'an employed students to mark crucial college entrance exams.  "They had a two and a half hour orientation during which they were told to keep their work a secret" it was reported. One student managed to mark more than 2000 papers in two days, for a payment of 500 yuan. That's about one every 40 seconds. Guess that lot's going back for adjudication then.


"Only Show Six Teeth When You Smile"
This was the instruction given to attendants who will shortly be working on the new Shanghai-Beijing high speed rail link. As the four hundred lucky young women - chosen from a field of over 3,000 candidates - listened attentively, they were also told to "place a chopstick between the jaws to help attain the perfect smile".


"The hardest part is the manners training" said one trainee, who spends two hours each day on basic manners. I wonder how long it takes to learn advanced manners?


And next time you take the high-speed train to Beijing, please don't ask the attendant any questions, or her chopstick will fall out.