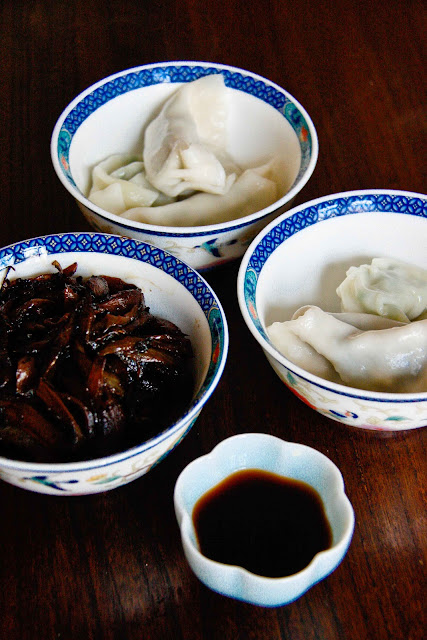 The first firecrackers began before the sun had even poked its head over the top of my building. They'd been lit in the lane behind our house, and as a way of being woken from a deep sleep it had about the same effect on my central nervous system as, say, close range artillery fire, and about the same level of extreme jumping-out-of-bed adrenaline rush, the kind when your legs move you before your mind even knows what's going on. When my mind caught up, with the phrase 'What the.....Chinese New Year!' I was already halfway down the stairs.


Other than these sporadic outbursts of firecrackers, Shanghai is eerily quiet. No traffic, no horns, no whistles, no bicycle bells. Everyone's at home, getting ready for a big dinner tonight, or out of town. The first job of the day is to get to the wet market before it closes early, because tonight I am making enough jiǎozi 饺子 (dumplings) to feed sixteen. Actually, I'm just making the fillings, and then I'm planning on showing the other fifteen people how to stuff and fold the dumplings, which is way easier than doing them all myself!


It's going to be a very social way to spend Chinese New Year's eve, sitting around gossiping and filling dumplings, and quite a traditional Chinese way to spend the evening. All of our Chinese friends get misty-eyed when they think about being back at home, sitting around a big table with their families and making jiaozi together.


Last year, our Chinese friends Steven and Maria (not their Chinese names, as you might have guessed) took us home to their house and their mothers taught my whole family how to make jiaozi. To my surprise, the stand-out jiaozi-maker turned out to be my husband, who has no interest in Chinese cooking whatsoever. So on these jiaozi occasions, he gets the job of Head Teacher. Every family has their own, often quite different, recipe for jiaozi filling, and I've given the one taught to me by Steven's mum below - it's a beauty.

The second job of the day is to stop by the firecracker store and stock up for tonight before they sell out. There is already an alarming supply of firecrackers on my dining table, provided by the guys in the office downstairs, who assure me that it is perfectly safe to keep them inside the house. Sure. So now we have a whole arsenal sitting in the house, and I can't quite believe I'm going to let my children take part in a wholesale firecracker extravaganza, I'm an Emergency doctor, for god's sake, I'm supposed to be responsible about these things. In my hometown, the sale of fireworks is completely illegal. But this is China, and you can do whatever you like. Mind you, it will be the collective Dads who we set out on the sacrificial altar of explosives to light the damn things, not the small children who have fingers they may later need.


I look for the safety instructions on the box of fireworks, turning it over and over without seeing anything. Eventually I find it, but it's so small you might as well not bother.

So here's Steven's mum's recipe for for jiaozi, with a pork and vegetable filling popular in Shanghai. Next week I'll give you a recipe for a vegetarian filling with shitake mushrooms, delicious! 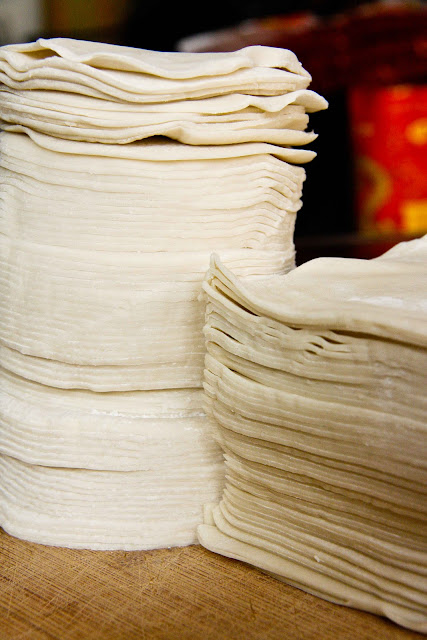 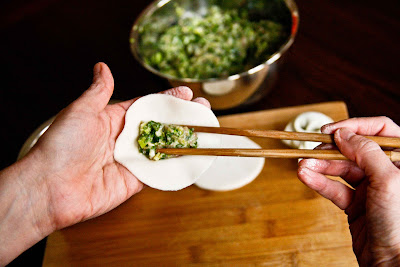 Place a teaspoon of filling in the centre of a wrapper 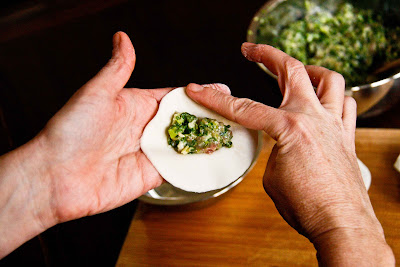 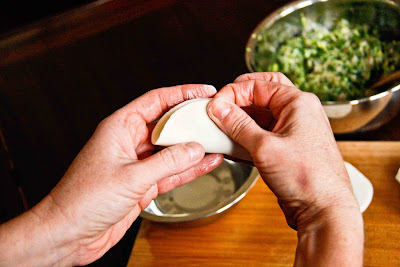 Fold the wrapper in half and pinch together at the top 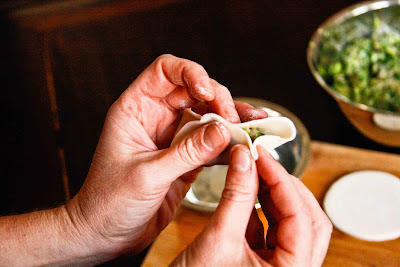 Starting from the unsealed right side, pleat and press the opening closed 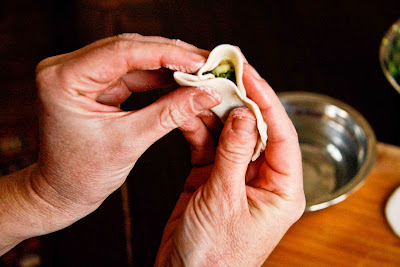 Repeat the same action on the left side 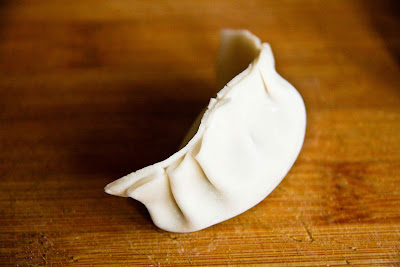 The finished dumpling looks like a Chinese money bag. Of course. 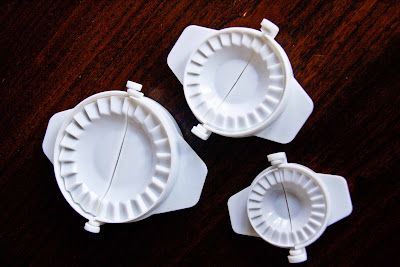 If you're not feeling dextrous, these dumpling presses can be cheaply bought in cookware stores 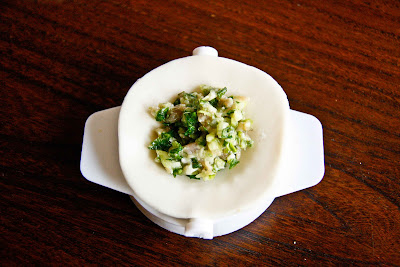 Place a wrapper on the opened press 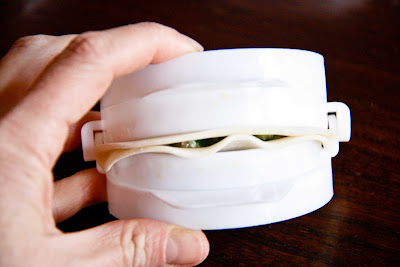 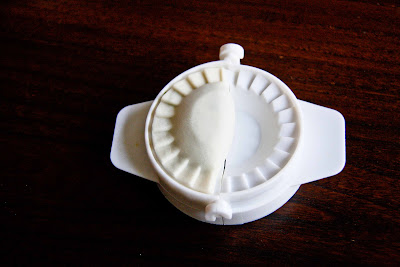 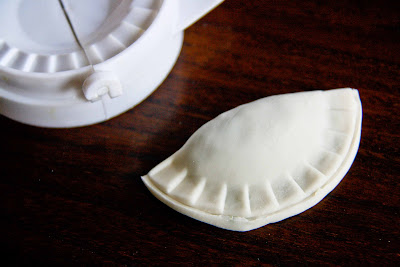 A perfectly formed dumpling!
To Cook 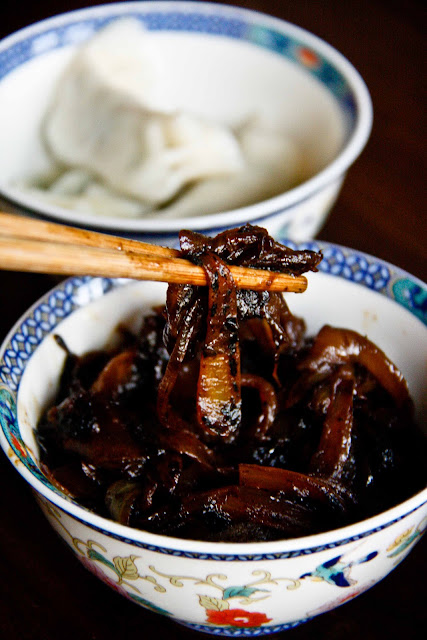 This is a great accompaniment for dumplings, with the sticky charred sweetness of the onions setting off the soft savoury dumplings perfectly. Thanks to our friend Li Jiayi for the recipe.
Ingredients
Method